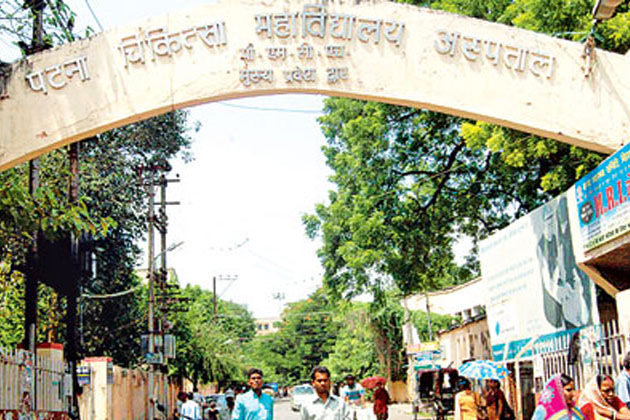 PATNA—A patient declared dead by a government hospital in India’s Bihar state turned out to be alive during his cremation.

Chunnu Kumar, 40, a resident of Barh locality in Patna district, had recently suffered brain haemorrhage after which he was admitted to Patna Medical College and Hospital (PMCH) on Friday.

Family members alleged they were not allowed to see the patient at the hospital and suddenly on Sunday, the patient was declared “dead”.

The hospital authorities also handed them over the sealed body of the victim without allowing them to have a glimpse of the dead and straightly sent the body to a cremation center for performing the last rites.

The patient had tested positive for COVID-19 during the test at the hospital.

At the cremation centre, victim’s wife remained adamant on having a glimpse of the victim’s face for the last time after which the body was unpacked.

ALSO READ: Man hands wife to gamblers after losing her in a bet

His wife was surprised to find that the body handed for cremation was not that of her husband and hurriedly informed the hospital authorities.

During inquiry, it was found that Chunnu was still undergoing treatment at the hospital and he is slowly recovering.

PMCH superintendent IS Thakur said the matter was being investigated and guilty would be punished after the probe.