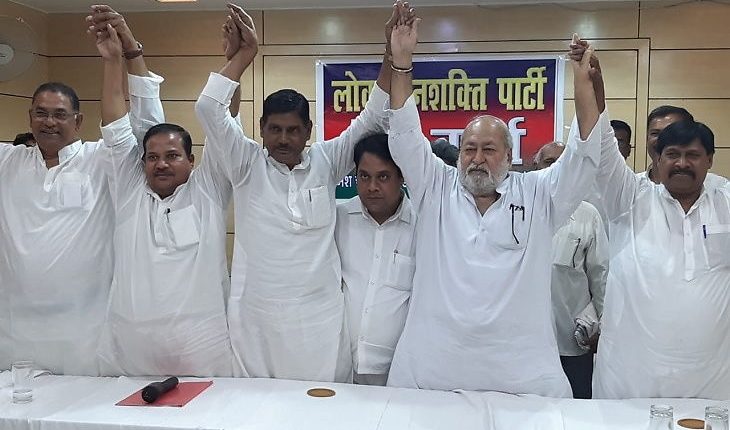 A total of 116 party officials headed by party’s national general secretary Satyanand Sharma announced quitting the LJP at a Press conference on Thursday.

The officials accused the LJP chief Paswan of indulging in dynastic politics and distributing tickets to the candidates after receiving huge amount of money at the cost of loyal party workers.

According to them, Veena Devi never remained associated with the LJP yet she was handed over the party ticket for Vaishali Lok Sabha seat.

Although Paswasn himself didn’t contest elections this time yet he is to be nominated to the Rajya Sabha form the BJP quota. That means, Paswan family will have four members in the parliament this time. The alleged there was no internal democracy in the party.

The split has come as a serious setback to the party ahead of the next year’s assembly elections.

Of the total official quitting the party, Satyanand Sharma was associated with the party since the time of its formation in 2000.

In the 2014 LS polls, the LJP had fielded Sharma from Nalanda seat but he lost the election with little about 10,000 votes.