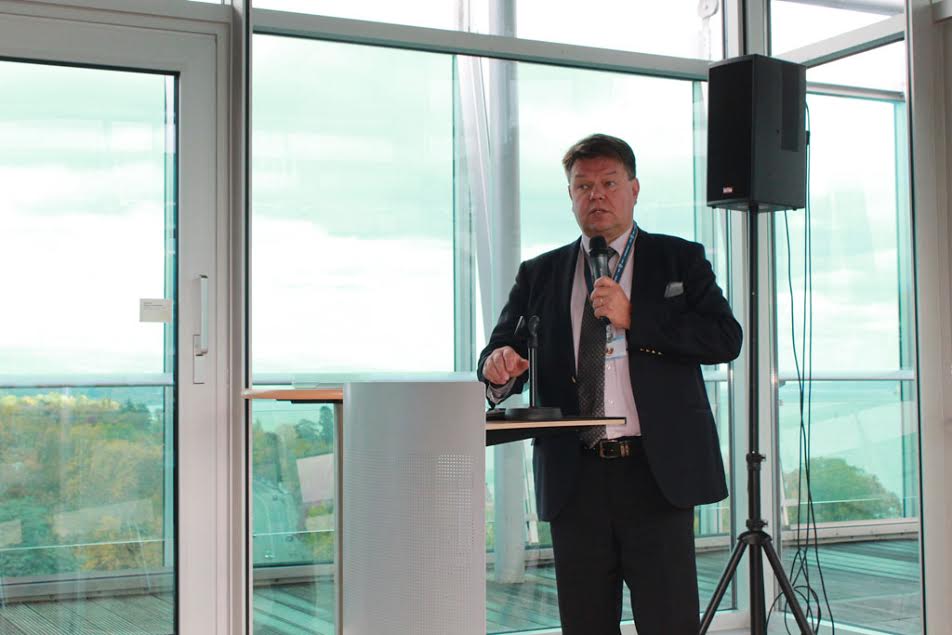 New York: In a new detailed analysis of the global climate between 2011 and 2015 – the hottest 5-year period on record – the United Nations weather agency has found an increasingly visible human footprint on extreme weather and climate events with dangerous and costly impacts.

“This report confirms that the average temperature in 2015 had already reached the 1 degree-Celsius mark. We just had the hottest five-year period on record, with 2015 claiming the title of hottest individual year,” said WMO Secretary-General Petteri Taalas in a news release announcing the report.

“Even that record is likely to be beaten in 2016,” he added, recalling that the Paris Agreement on climate change aims to limit the global temperature rise to well below 2 degree-Celsius.

Even the 2015’s record of hottest year likely to be beaten in 2016. WMO Secretary-General

Further in the report, WMO, the UN system’s authoritative voice on the state and behaviour of the Earth’s atmosphere, also highlighted some of the high-impact climate events.

According to the agency, the five-year timescale allows for a better understanding of multi-year warming trends and extreme events such as prolonged droughts and recurrent heatwaves than an annual report.

Many individual extreme weather and climate events recorded during 2011-2015 were made more likely as a result of human-induced climate change, WMO said. In the case of some extreme high temperatures, the probability increased by a factor of ten or more.

The WMO report was submitted to the Twenty-second Conference of the Parties of the UN Framework Convention on Climate Change (UNFCCC), known as COP 22, meeting Marrakech. The agency added that will release its provisional assessment of the state of the climate in 2016 on 14 November to support the discussions at COP22.

Additionally global ocean temperatures also rose at unprecedented levels and sea-surface temperatures for the period were above average in most of the world, except in some parts of the Antarctic Ocean and the eastern South Pacific Ocean.

The period also saw a decline in the Arctic sea ice coverage. Averaged over 2011-2015, the mean Arctic sea-ice fell 28 per-cent below the 1981-2010 average. The minimum summer sea-ice extent of 3.39 million square-kilometres in 2012 was the lowest on record.

Northern hemisphere snow cover extent was well below average in all five years and in all months from May to August, continuing a strong downward trend, said WMO.

Referring to studies, WMO said that the contribution of continental ice sheets, particularly in Greenland and west Antarctica, to sea-level rise is accelerating.

It noted on satellite record (from 1993 to present), sea levels have risen approximately 3 mm per year, based on tide gauges, compared to the average 1900-2010 trend of 1.7 mm per year.

“As the oceans warm, they expand, resulting in both global and regional sea-level rise,” the agency explained, adding that increased ocean heat content accounts for about 40 per cent of the observed global sea-level increase over the past 60 years.

The news release also mentions some examples of “extreme weather” which include record high seasonal and annual temperatures in the United States in 2012 and in Australia in 2013, hot summers in eastern Asia and western Europe in 2013, heatwaves in spring and autumn 2014 in Australia, record annual warmth in Europe in 2014, and a heatwave in Argentina in December 2013.

Pointing to a study of a 2014 drought in south-eastern Brazil that found that similar rainfall deficits had occurred on three other occasions since 1940, the agency said that the impacts in 2014 were, however, exacerbated by a substantial increase in the demand for water, due to population growth.

US Presidential Polls: Trump on course to victory as he takes crucial lead over Hillary

Man lynched, set on fire for harming trees in Jharkhand

India’s policies and programmes on…