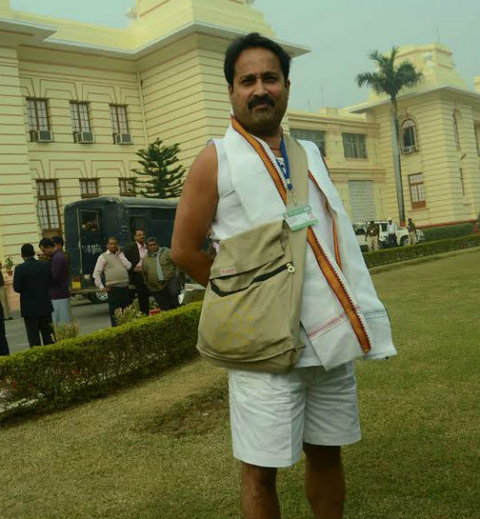 PATNA: A BJP legislator was today barred from entering the Bihar assembly as he had reached the House in partly naked.

Witnesses and media reports said Vinay Bihari was stopped from entering inside the House by the security forces as he reached the House in shorts—wearing only half pant and vest against usual ‘kurta-payjama’ which is the traditional dress of leaders or even shirt-pants.

“I was told you can’t attend the session in this dress,” Bihari told the media today quoting a police official.

The lawmaker has discarded his usual Kurta-payjama and taken to shorts to protest government’s failure to constrict a 44-km-long road in his constituency.

He has announced not to wear the full dress until his demand is fulfilled.

As per reports, he has sent his kurta (a loosely worn shirt) to the Union surface transport minister Nitin Gadkari and ‘payjama’ (trouser) to Bihar deputy chief minister Tejashwi Yadav who also holds the road construction department portfolio.