Pappu Yadav threatens to sit on fast in front of offices of BJP, JD-U over currency ban 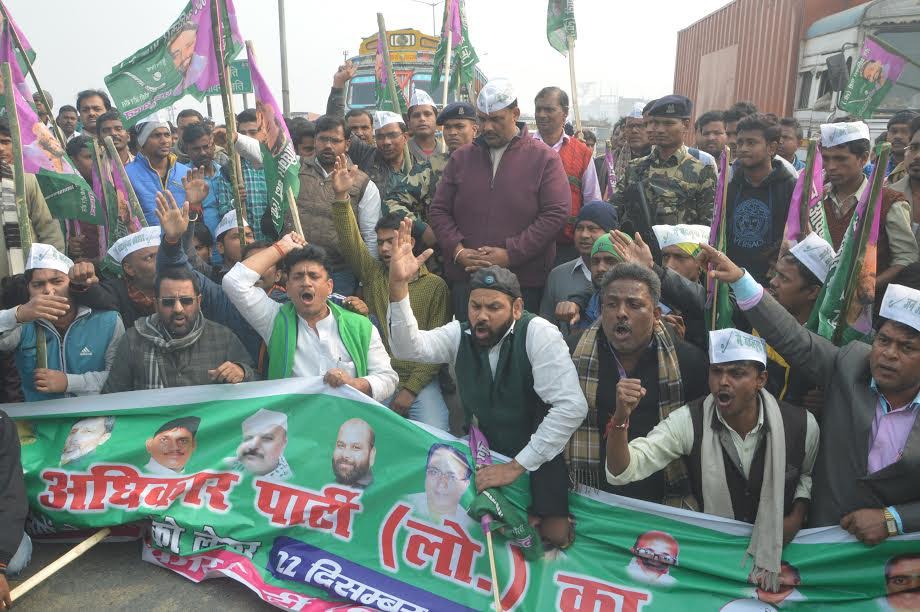 The workers led by party chief and parliamentarian Pappu Yadav blocked roads, staged demonstration and shouted slogans on the streets to oppose the currency ban as the traffic remained affected in some parts of the state.

“By implementing currency ban, the Prime Minister has brought the whole country in a queue. The common men are facing problems in withdrawing their own money deposited in their bank accounts”, Yadav alleged.

He alleged the note ban had left some 22 crore (220 million) people jobless while badly affecting life of 70 farmers in the country.

He threatened to proceed on fast-unto-death with his supporters in front of the offices of BJP and JD-U in Patna next if the situation does not get normal.

The JD-U led by Nitish Kumar, it may mentioned here, has lent his support to PM’s currency ban.

The Narendra Modi government imposed currency ban on November 8 and has sought 50 days time from the masses to let the situation get normal.

The 50 day-deadline expires on December 28.

PM Modi ridicules Rahul, says he is happy that ‘he has learned to speak’