Pappu Yadav: The politician who emerged as the messiah of flooded Patna residents 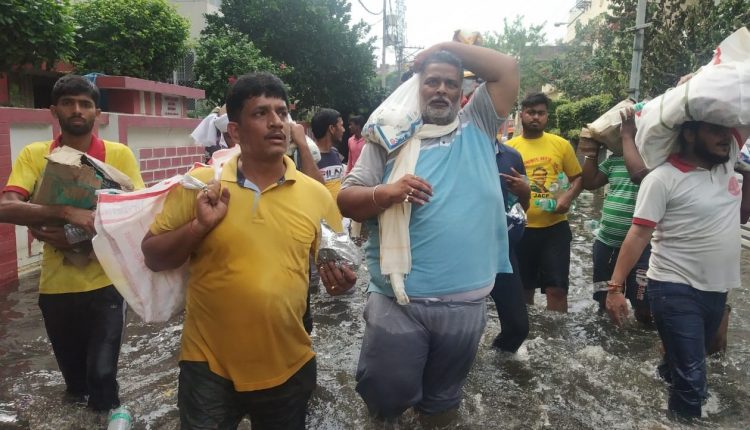 PATNA: Former Indian parliamentarian and Jan Adhikar Party (JAP) president Rajesh Ranjan alias Pappu Yadav has left a deep imprint on the society through his selfless service, dedication and concern for the humanity in distress.

At a time when most of the top leaders in Bihar are celebrating Durga puja or hopping puja pandals, Pappu Yadav has been working day and night to rush relief to the residents trapped in their flooded homes in Patna.

Incessant rains flooded around a dozen localities of Patna putting the residents under house arrest but what is strange even 10 days after the rains have stopped, water-logging still continues in quite many areas of the state capital. 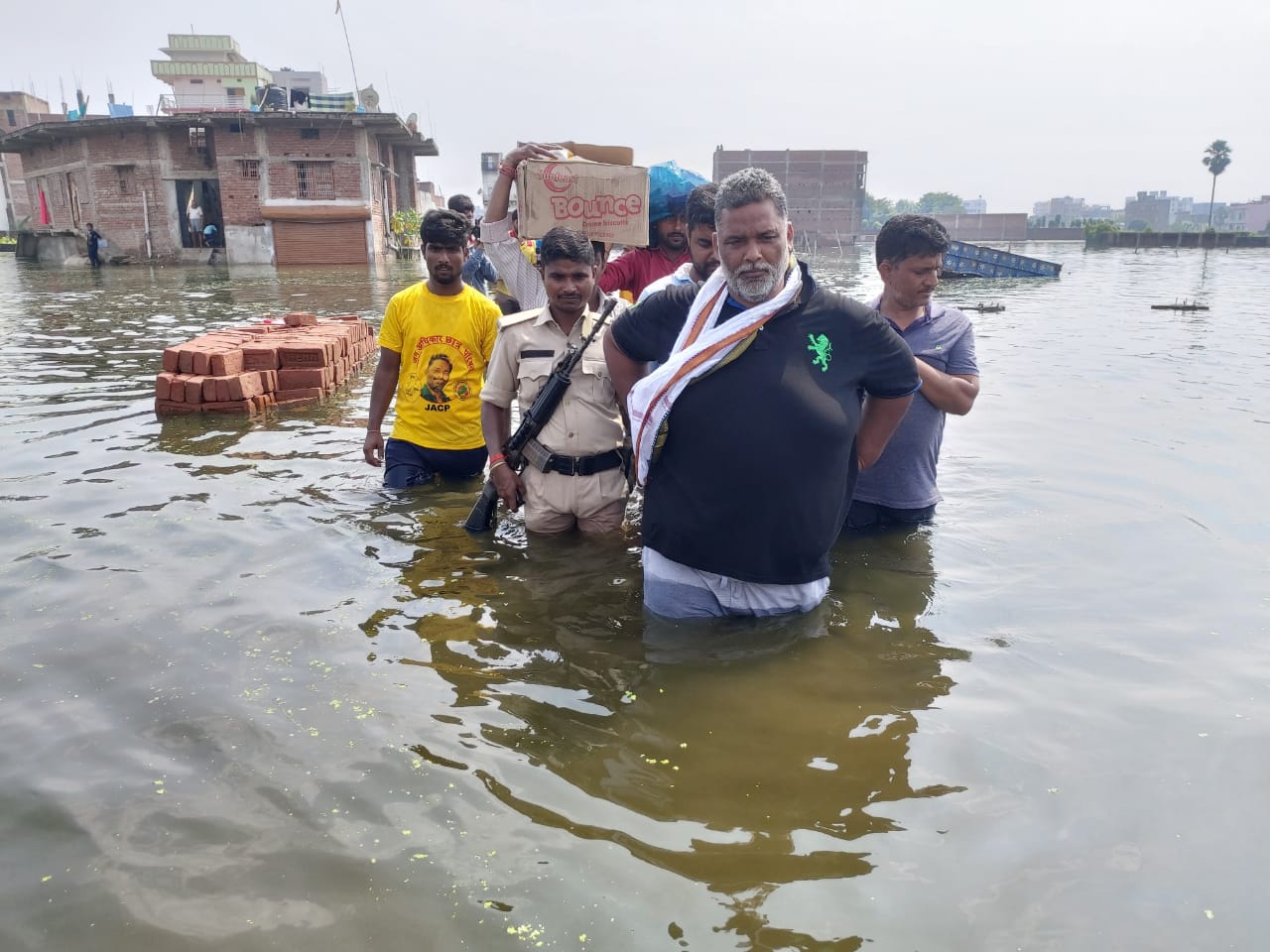 The water-logging caused severe crisis of food and potable water to the residents in the state capital after which the local administration launched relief and rescue operation. However, the works of Yadav has been exceptional.

Ignoring puja festivities, Yadav goes on loading foodstuffs on tractor-trailers and JCB machines, moves through the water-logged streets of the state capital and distributes food packets and potable water to the needy. For the past 10 days this has been his daily routine.

He even provided relief materials to the caretakers, drivers and security guards at the residence of Deputy Chief Minister Sushil Kumar Modi in Rajendra Nagar locality. 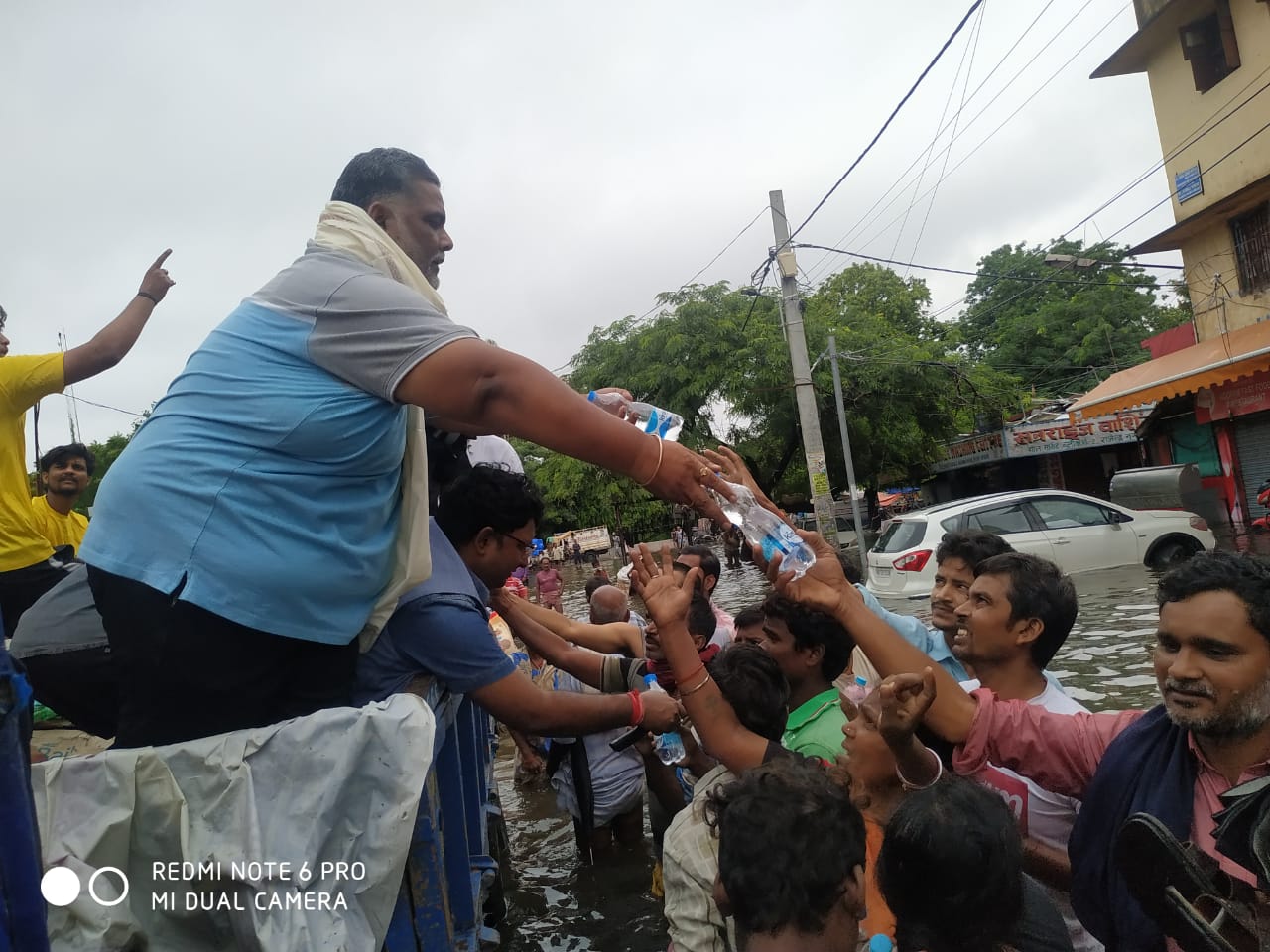 Not only foods, Yadav has also held medical camps to treat the residents suffering from various ailments after their localities remained flooded with waist-deep to neck-deep water for 10 days following incessant rains.

“Saving humans and providing help to them is the biggest worship to the God. Those offering prayers at home must know about this,” Yadav told the media on Monday.

Strangely, Yadav was only politician who remained constantly available for the humanity in crisis all through the time Patna remained flooded. What is interesting, Patna has not been the parliamentary constituency of Yadav who represented either Madhepura or Purnia in his 30-year-old active political career. 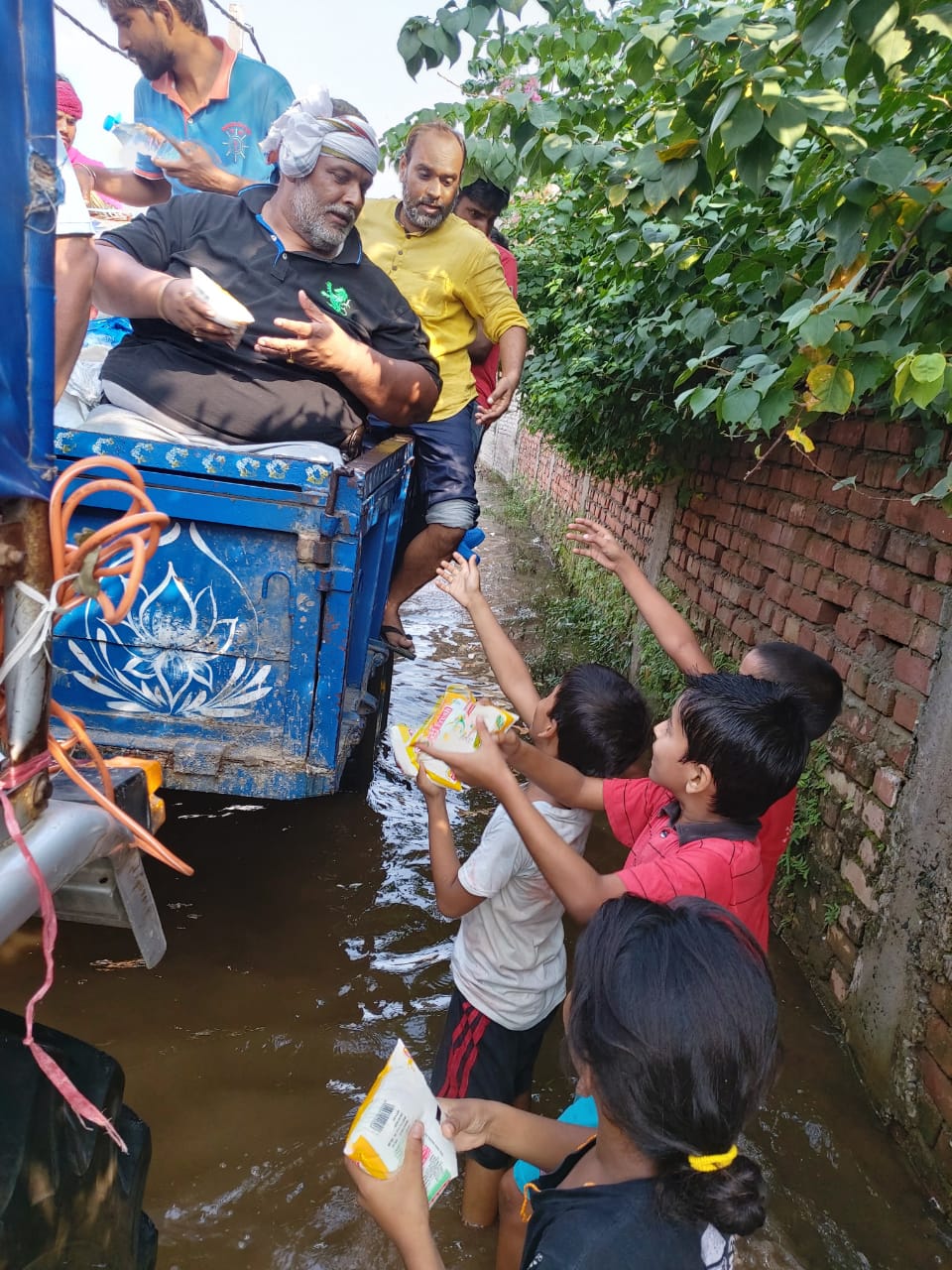 On the other hand, Bihar opposition leader Tejashwi Yadav, his mother Rabri Devi and other top leaders from his Rashtriya Janata Dal (RJD) have been conspicuous by their long absence. Instead of helping the residents, Tejashwi was rather caught attacking the state government through his Twitter handle.

The ruling party leaders have disappointed the residents even more. Except for chief minister Nitish Kumar who was found taking a round of the flooded areas on foot a few times, no senior leaders from the BJP were seen visiting the flooded areas and offering service to them. 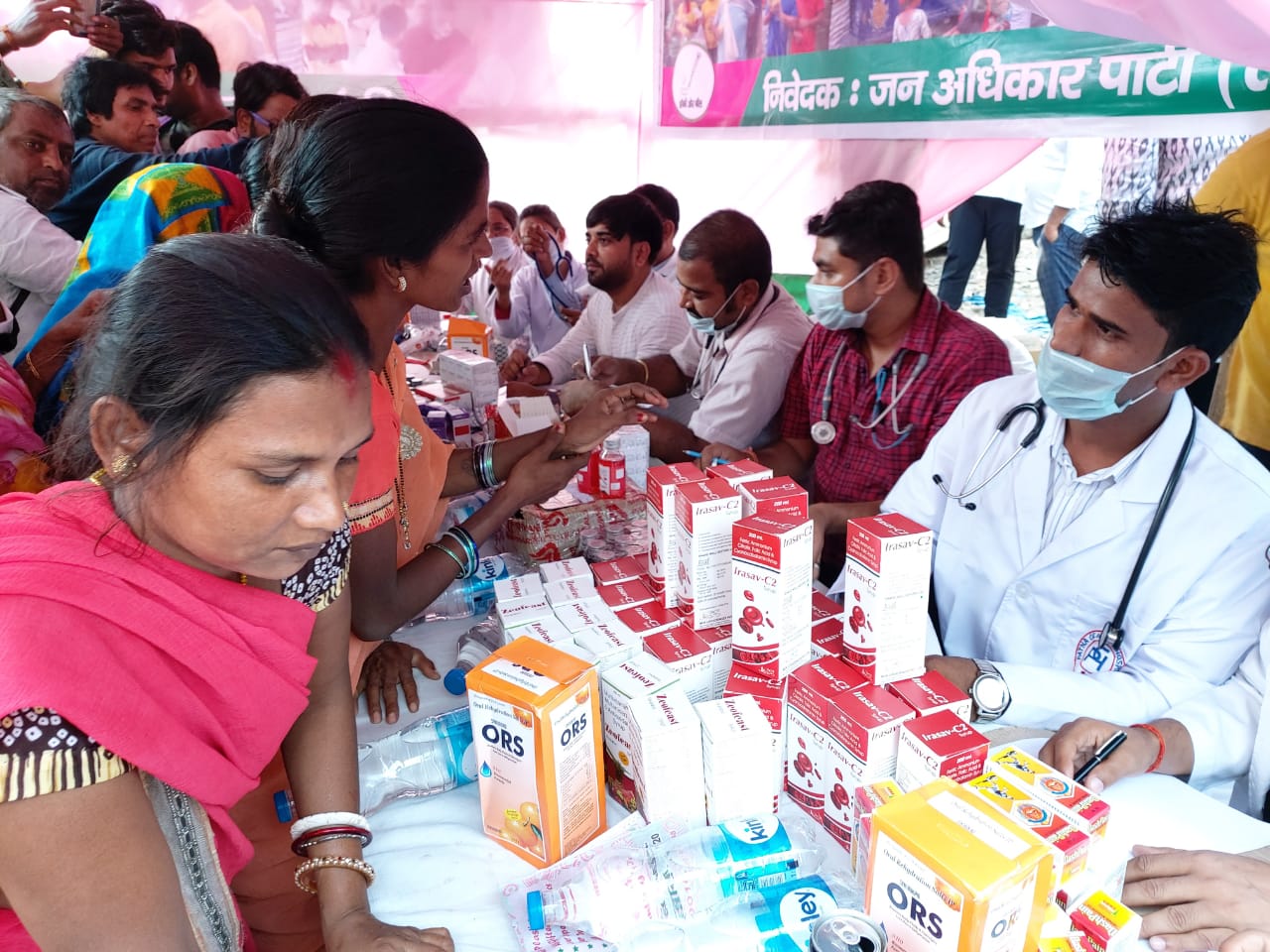 Very strangely, most of the assembly constituencies in the Patna district, such as Digha, Bankipur, Kumhrar, Patna Sahib and Danapur are represented by the BJP.

Apart from this, top three departments—urban development, health and public health and engineering department too are represented by the BJP. Yet the BJP leaders’ role was far from satisfactory– something which has strongly annoyed the common men. 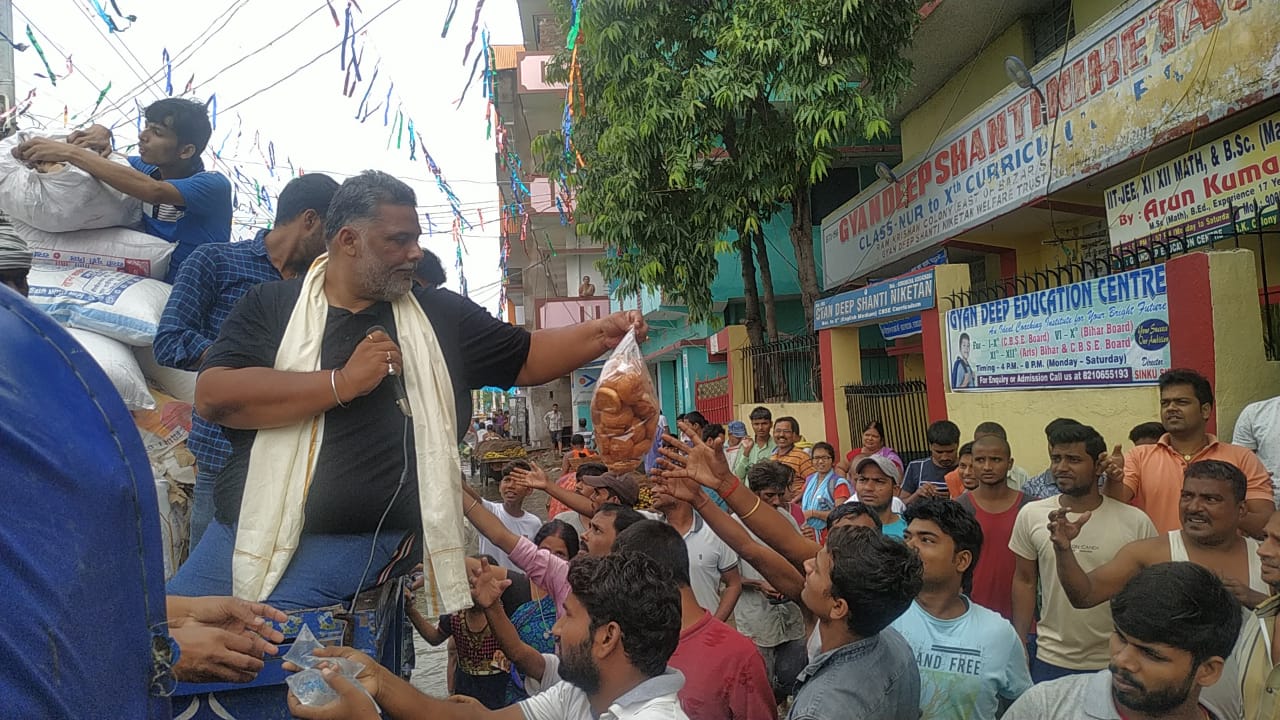