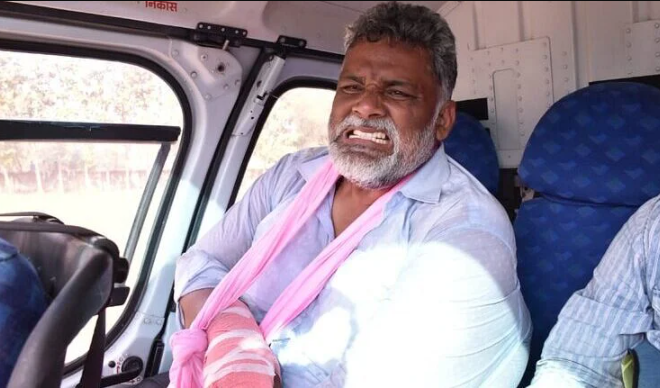 This is indeed a big setback for Yadav with the second phase of polling barely two days away. Both Yadav and his wife Ranjit Ranjan are contesting elections.

Reports said Jan Adhikar Party (JAP) chief Yadav was addressing an election rally in Muzaffarpur’s Minapur block on Saturday when the dais collapsed due to presence of large number of people on the stage. Yadav has been rushed to the hospital.

This is the third incident of dais collapse in the past few days. Earlier on Thursday, a dais of the Congress party had collapsed in West Champaran district while the party leaders were addressing a rally. Some of the party leaders suffered minor injuries in the incident.

Prior to that, another such incident had taken place in Saran district while there was a mad scramble among the party leaders to garland party candidate Chandrika Rai who is now contesting elections on JD-U ticket.