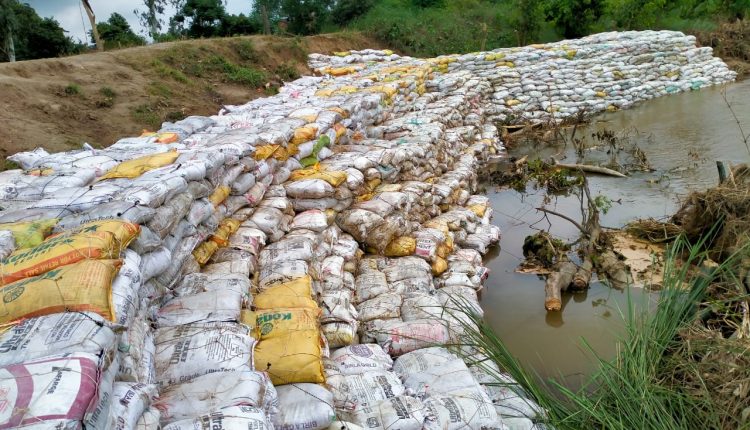 PATNA—Crocodiles have emerged as a major threat to embankments at this time when more than normal monsoon rains have been recorded in most parts of Bihar.

During anti-erosion works being carried in Pipra Piprasi embankment of Bagaha in West Champaran district, the water resources department officers found the crocodiles making a 10-feet deep tunnel inside the dam and also laying eggs there.

Assistant manager of the Wildlife Trust of India Subrata Kumar Behera told newsmen that the eggs  have been taken to safe areas of Gandak river for breeding.

Water resources department engineers fear many such tunnels could have been made by the crocodiles which could posse severe threats to embankments during floods. They have ordered immediate closure of all such tunnels.

“We have repaired the 10 feet-deep tunnel made by the crocodiles and ordered for inspection of all embankments to find out any such tunnels,” chief engineer Prakash Das told the media on Wednesday.

The discovery of tunnels in river embankments has left villagers from flood-prone districts in a state of panic.

The Forest Department was informed immediately.

We are happy to inform that last night, with utmost care and caution, all the eggs were rescued.