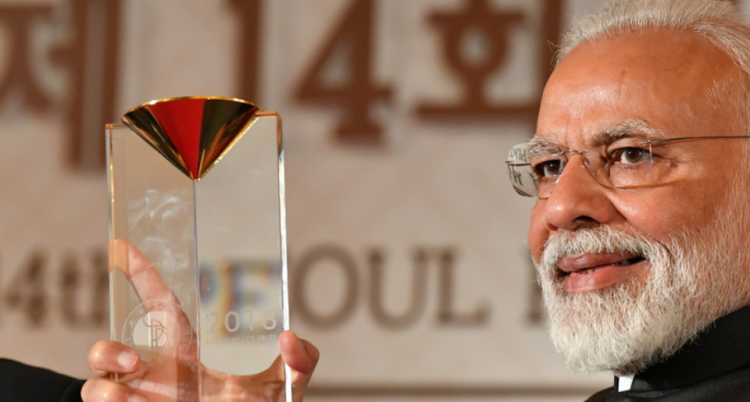 PATNA: Is the much-trumpeted issue of “nationalism” not working for BJP anymore and the party slowly losing ground to its rivals in Bihar?

What has triggered this debate is the way the Prime Minister Narendra Modi has now gone on warning the masses about the “return” of jungle raj-like situation again if the opposition wins elections.

This was for the first time in past 20 days since the elections process started here that the Prime Minister has raked up the issue of lawlessness and anarchy which was a regular feature during the 15-year-old RJD regime, apparently in his last-ditch attempt to deter voters away from the opposition parties.

The PM didn’t stop at that and even threatened to send a “bunch of corrupt opposition leaders” to jail soon.

“Beete panch varsh mein in logon ko bail lene ke liye mazboor kiya hai. Bail tak pahuchaya hai. Aab jail bhi bhijwane ki puri taiyari hai (They have indulged in corruption but are now out on bail. Efforts are on now to send them to jail too),” the PM announced.

“PM Modi has simply resorted to goondaism and is threatening to send the opposition leaders to jail. He must know that each Bihari citizen is not as timid as Nitish Kumar. The people of Bihar know how to deal with such dictators,” Rabri warned.

In his last rally that he addressed in Darbhanga on 25 April, the PM had raised the issue of Vande Matram while asking the masses to confiscate the security deposits of those who don’t say this slogan.

“Some people have problem with chanting this. Shouldn’t the security deposit of such persons be forfeited?” was how the Modi had asked.

His party colleague and BJP candidate from Begusarai, Giriraj Singh went to the extent of even declaring that Muslims should chant this slogan if they want to stay in the country.

“I would like to say Giriraj Singh’s ancestors died and were cremated. You (Muslims) need three yards of land even after you die for burial of your mortal remains. If you say you cannot chant Vande Matram, the nation will never forgive you,” Singh had told a rally in his constituency. He even raked the issue of beef.

Then the PM played the caste card in Bihar saying he belongs to “OBC” community—a move which drew strong criticism from RJD leader Tejashwi Yadav who described him as “fake OBC leader”. Finally the PM turned to wooing the Yadav caste men telling them how he comes from the land of Dwarka, said to be the ancient kingdom of Lord Krishna, in a bid to woo the RJD voters at his last rally that he addressed in Araria on 20 April.

“These all means the BJP is in utter desperation as the voters are not fully supporting them as expected. The BJP is apprehensive of fast losing its ground and hence the PM is doing everything possible to woo the voters,” commented prominent political expert Pro DM Diwakar who works with AN Sinha Institute of Social Studies in Patna.

According to him, all issues raked by the PM have failed to work in rather longer poll campaign. “He began with Ram temple, cow protection, 10 percent reservation to upper caste, national register, Pulawama terror attack and Balakot air strike but all issues have flopped now as masses are now tired of hearing them. So the PM is raising one issues after another to somehow maintain the momentum of poll campaign,” he explained. According to him, what has come as a dampener for the PM is the latest research by a British agency which claims the NDA will win just about 160 LS seats against 213 by the Congress and its allies.