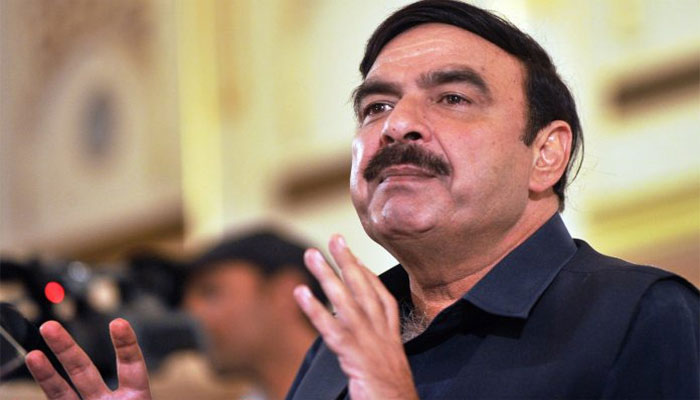 Ahmed received the shock immediately after saying, “We are aware of your intentions, Narendra Modi.”

“I think I got an electric current. Never mind. Modi can’t ruin this rally,” Ahmed said after receiving the shock.

Ahmed was protesting on Friday in solidarity with Jammu and Kashmir, the special status of which has been taken away by India.

Following the attack, which was carried out by Pakistan-based militant organisation Jaish-e-Mohammad (JeM), India responded with an airstrike in Balakote along the Line of Control (LoC).

After India scrapped Article 370 to withdraw Jammu and Kashmir’s special status on August 5, Pakistan came out with a sharp criticism of New Delhi. However, the Narendra Modi maintained Kashmir is India’s bilateral matter.

In a surprising statement on Thursday, Sheikh Rashid Ahmed predicted that a full-blown war between his country and India is likely to take place in the month of October or November.

India reacted bitterly saying its neighbour is trying to incite violence through such “irresponsible” statements.

“India strongly condemns such irresponsible statements which are coming from the Pakistani leadership. These statements have references to jihad and have been made to incite violence in India. We feel these are Pakistan’s intrusion into our personal matter,” said Ministry of External Affairs (MEA) spokesperson Raveesh Kumar.