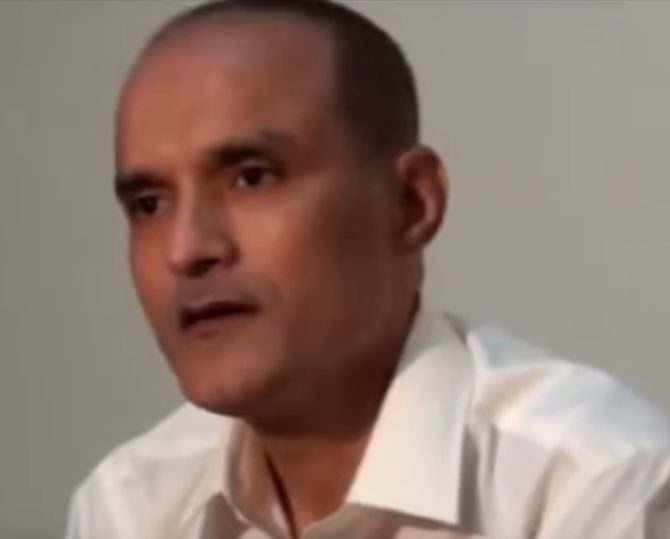 New Delhi/Islambabad: Responding to the Pak claim of Indian national Kulbhushan Jadhav’s clemency petition, the  Ministry of External Affairs has described it as ‘farcical.’

The reaction from India follows Islambad’s claim that Jadhav, a former Indian naval officer arrested allegedly for spying, has reportedly filed a mercy petition before the Chief of Army Staff (COAS) in Pakistan and has allegedly “admitted his involvement in espionage”.

However, India dismissed the Pak claim on Thursday night and said that it expects Pakistan to desist from attempting to influence the proceedings at the International Court of Justice (ICJ) in the case through false propaganda.

“The developments bring out once again the lack of transparency and farcical nature of proceedings against Jadhav on concocted charges, continued violation of his legal and consular rights and an attempt to introduce prejudice in the proceedings in the ICJ,” External Affairs Ministry spokesperson Gopal Baglay said.

“Manufactured facts cannot alter the reality, and do not detract from the fact that Pakistan is in violation of its international obligation to India and Jadhav. We expect Pakistan to abide by the order of ICJ staying Jadhav’s execution and desist from attempting to influence the ICJ proceedings through false propaganda,” Baglay said.

India says it is still being denied consular access to Jadhav-an issue it raised with the international court, while fighting against his death penalty.

Earlier, a statement by Inter-Services Public Relations (ISPR), media wing of Pakistan Army had said Jadhav’s plea to the military appellate court was rejected, forcing him to appeal before the COAS.

“Commander Jadhav has admitted his involvement in espionage, terrorist and subversive activities in Pakistan and expressed remorse at the resultant loss of many precious innocent lives and extensive damage to property due to his actions. Seeking forgiveness for his actions, he has requested the COAS to spare his life on compassionate grounds,” reads the mercy plea, according to the ISPR statement.

If Jadhav’s mercy plea is rejected by Pakistani COAS, then the last resort available to him would be to appeal to the President of Pakistan.

The press release says it is the second confessional video of Jadhav, where he is seen “accepting his acts of terrorism and espionage.”

Nitish still has time to ‘correct’ his historic blunder: Lalu