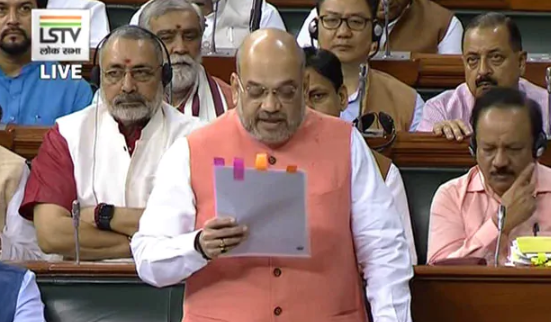 The union minister made these remarks while replying to Congress leader Adhir Ranjan Chowdhury who had sought clarification over scrapping of Article 370 from the Indian constitution.

Shah today moved resolution for abrogating some provisions of Article 370 and Jammu and Kashmir Reorganisation Bill in the Lok Sabha.

The resolution and the Bill have already been approved by the Rajya Sabha where they were moved on Monday.

Video: How wastes have fulfilled study dream of unprivileged children in Bihar