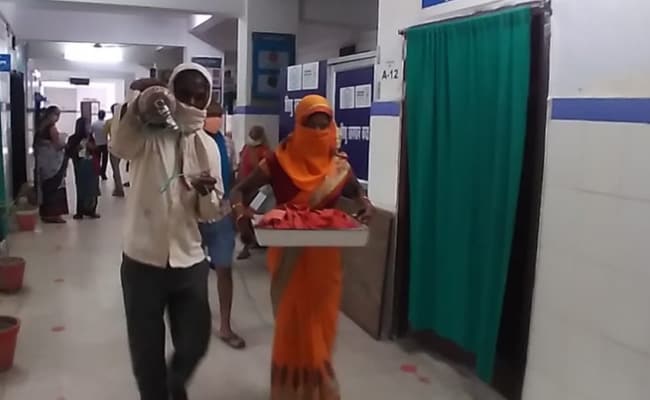 PATNA—In a horrible incident, a couple was seen making rounds of a government hospital in Bihar, carrying oxygen cylinder on shoulder and newborn child in tray.

Although they moved from pillar to post to save the life of the newborn, the baby ultimately died due to utter callousness on the part of the hospital administration, media reports said.

As per the report, Suman Kumar, a resident of Sakhuana village in Buxur district, had admitted his wife to the local Sadar hospital after her labour pain started.

The hospital administration also handed an oxygen cylinder and the baby in try to the couple to rush to the Sadar hospital.

Subsequently, the couple made rounds of the Sadar hospital carrying oxygen cylinder on the shoulder  and baby in tray waiting the newborn to be admitted soon but paper works consumed a lot of time, ultimately leading to death of the baby.

The photograph of the couple is now making waves on the social media, inviting bitter comments.

Earlier, a government hospital in neighbouring Ara town had got flooded due to incesant rains after which samples collected from Corona suspects were seen floating on the floodwaters.