Orthopaedists in India to train 100,000 common men to save lives of road accident victims 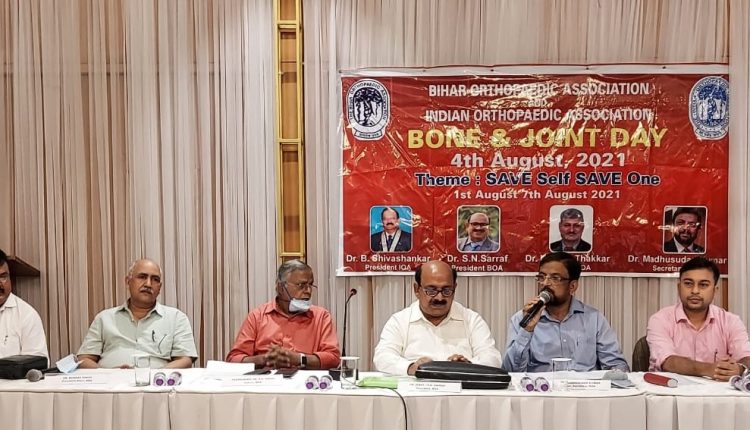 PATNA—The Indian Orthopaedic Association (IOA) has announced to train at least one lakh students, policemen and common men as to how to provide first medical aid during the “golden hour” to save the persons getting seriously injured in road accidents.

The orthopaedists say quite many precious lives could be saved if the common men were imparted the basic training. According to the experts, majority of the people falling victims to the road accidents are youths in the age group of 18 to 45.

“Quite many accident victims have been dying for want of first aids during the golden hours. So we are trying to train the students, policemen and the common men about how to save the victims of road accidents. We have the plan to train at least one lakh people,” state IOA secretary Dr Madhusudan Kumar told the media on Tuesday.

Stating that first one hour after the accident is very important, Dr Kumar said quite many lives could be saved if the accident victims were provided only the basic first aid and airway restrictions removed so that they could breathe freely.

According to him, their main focus is to train the students from Class Nine to 12 since they have been found more serious towards discharging the social responsibility, have high level of morality at this stage and also such trainings leave lifelong imprint on their minds.

“A doctor can’t go everywhere. So we want the society become a partner in saving the life of the accident victims,” observed prominent orthopaedic surgeon Dr RN Singh who recently was nominated the national president of the Vishwa Hindu Parishad (VHP). Saving a person’s life, he said, will give a lot of satisfaction to the common men but to save anyone, they should be armed with basic knowledge.

The orthopaedists devised the novel idea of imparting training in life-saving to the common men as they faced repeated hindrance in moving out freely to attend patients post Covid-19 outbreaks and related restrictions.

“We are unable to serve the people due to Covid restrictions. So we want to train the common men which will ultimately benefit the society,” said another orthopaedic surgeon Dr Bharat Singh.

Experts said timely medical aid could save life of 70 percent people. They added more than excess bleeding, the airway obstructions have been the main cause of death of accident victims.

According to a report by the World Bank, India accounts for 11 per cent of the global death in road accidents, the highest in the world. The country accounts for about 4.5 lakh road crashes per annum, in which 1.5 lakh people die.

“India tops the world in road crash deaths and injuries. It has 1 per cent of the world’s vehicles but accounts for 11 per cent of all road crash deaths, witnessing 53 road crashes every hour; killing 1 person every 4 minutes,” the report said. In the last decade, 13 lakh people died and another 50 lakh got injured on Indian roads, it said.