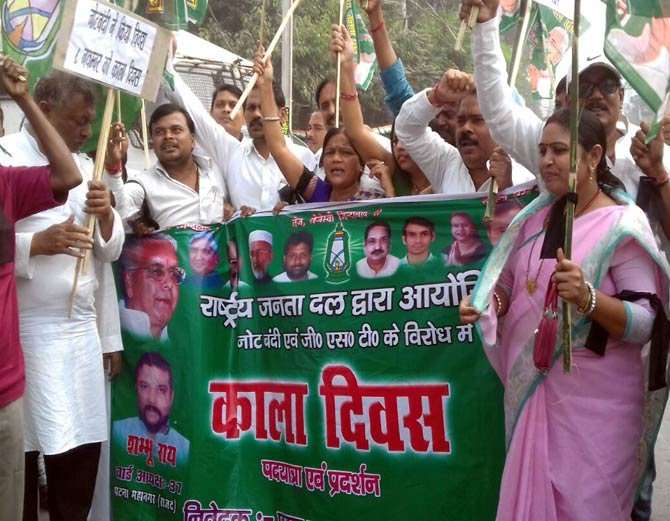 PATNA: The opposition parties led by the RJD held angry protests across Bihar on Wednesday to mark first anniversary of note ban enforced by the Narendra Modi government at the centre.

The angry party workers and leaders took out protest rally on the streets of Patna and shouted slogans against the centre.

Local media reported the angry protesters broke the barricades put up near Kargil Chowk and entered the collectorate.

He alleged the note ban served no purposes; rather it helped some people convert black money into white.

He asked as to why BJP should explain why “dictatorial & foolish step” of #DeMoDisaster ever be celebrated and said the nation gained nothing & economy suffered for nothing”.