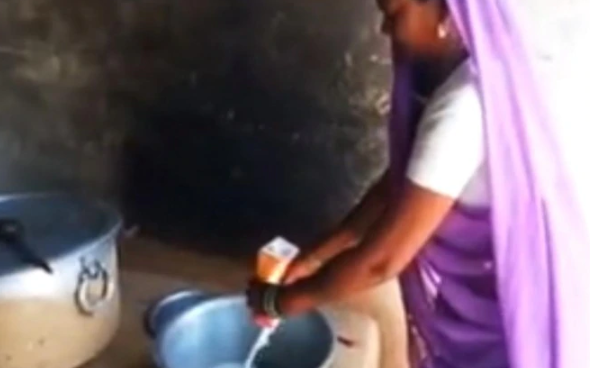 Authorities have ordered an investigation after 81 schoolchildren were served one litre of milk mixed with a bucketful of water as part of midday meal at a government school in Uttar Pradesh (UP).

The shocking incident took place at a primary school running at Salai-Banwa in Sonbhadra district on Wednesday.

As per the midday meal menu, each student has to be served 150 ml of milk every Wednesday.

However, the school cook brought a bucket of water and mixed one litre of milk in it to serve it to 81children. The matter came to light after someone made a video of the entire act.

“We have ordered an inquiry into the matter and those found guilty during the probe will be sternly dealt with,” an education department official Gorakhnath Patel told the media on Friday.

In August this year, another such video had surfaced showing schoolchildren being served salt with the roti (wheat-flour bread) as midday meal at another government school in Uttar Pradesh.