Now, pressure building up on Nitish Kumar to hand over CM’s post to BJP after completing 2.5 years in office 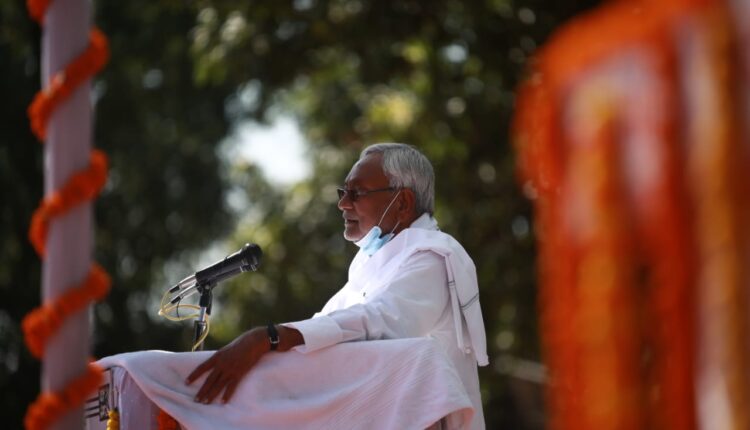 PATNA—While serious differences persist between the BJP and JD-U, pressure is slowly building up on the chief minister Nitish Kumar to make way for the saffron ally on the throne of Bihar for “equal share of power” between the two NDA partners.

The demand has left the JD-U in a critical situation with the party not in a position to form government on its own, nor it enjoys “cordial relations” with the RJD to let new government takes shape.

Right since the NDA came to power in 2005, it is only Kumar who has been on the saddle while the BJP has continued playing only second fiddle, much to the annoyance of the general party leaders.

Barely a year into the fourth term in office, a section of BJP has now come up with the demand for equal distribution of power between the two key allies—meaning “sharing the chief minister’s post for 2.5 years each” on rotational basis.

The whole controversy began after BJP’s Member of Parliament (MP) from Sasaram in Bihar Chhedi Paswan demanded for equal power sharing saying both the allies should get a chance to run government for 2.5 years each.

“If there is an alliance between BJP and JDU, then there should be a formula of two and a half years for the post of CM. If Nitish Kumar remains CM for two and a half years, the BJP should get the chair for the remaining period. After all, despite being the single largest party in the alliance, the BJP has handed him the top post,” Paswan said today.

“The party leadership needs to rethink on this. Nitish Kumar must be replaced by a BJP chief minister after the completion of two and a half years,” said Paswan who has represented Sasaram for four times.

Party spokesperson Nikhil Anand “rejected” it as the general opinion of the BJP. “We respect the personal sentiment of our party MP Paswanji but that is not the party line,” Anand said.

According to him, the BJP leadership had decided in principle to hand over the throne to Kumar in the event of the NDA winning elections in 2020 and in line with the promise, “we made Kumar the chief minister despite the JD-U wining lesser number of seats that the BJP”.

The JD-U has expressed displeasure over the way a section of BJP has raised new demand for “equal power share”. “The BJP is known for the party discipline yet a section of leaders has raised a new demand. This is totally against the coalition dharma and the party should rein in its leaders,” JD-U spokesperson Suheli Mehta said.

She added that the decision about making Kumar the chief minister was taken by the top NDA leadership, and not by any individual.

Nitish power-greedy, can join hands with anyone, Lalu says