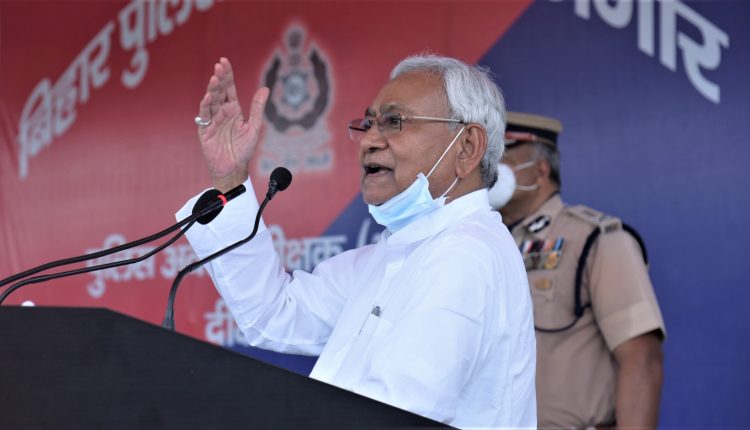 PATNA—Bihar chief minister Nitish Kumar on Monday dismissed as “baseless” and “mere speculations” the media reports that he was eyeing a Rajya Sabha berth.

“I myself am astonished. Now anything gets published in the media,” the chief minister told the media today.

“These are baseless and mere speculations,” Kumar told reporters after casting his vote in the legislative council polls.

Speculations about Nitish Kumar reportedly eyeing a stint in the Upper House of the Parliament began after the chief minister, during an informal chat with the media persons last week, expressed his wish to go to the Rajya Sabha.

“I won’t mind going to the Rajya Sabha but currently I have the responsibilities of the Chief Minister. I have been the chief minister for the past 16 years but not sure about the future,” Kumar was quoted as saying in the media.

Political experts read in his statement an attempt for “respectable exist” from the state politics with a post like Vice-President which is going to be vacant in the next few weeks.

The first was PRD minister Sanjay Kumar Jha who said Nitish Kumar had got the people’s mandate to serve Bihar and he would continue to do so for the full term as Chief Minister.

“He (Nitish Kumar) is not going anywhere!” tweeted Jha, adding Nitish Kumar was the face of the NDA in 2020 Bihar Assembly elections, and people voted this alliance to power.

“His unwavering commitment to serve people & ability to transform #Bihar are sacrosanct. I urge all to desist from such propaganda, which shall yield little,” he said.

“Oh dear! Respectable Nitish Kumar ji has got the mandate to serve the people of Bihar for five years. This means he is not going anywhere. He is the Chief Minister and will continue to serve in that capacity,” JD-U parliamentary board chairman Upendra Kushwaha wrote on his Facebook post on Friday.

Yet, speculations about Kumar’s future continue in the media despite dismissal of such reports by the JD-U leaders.