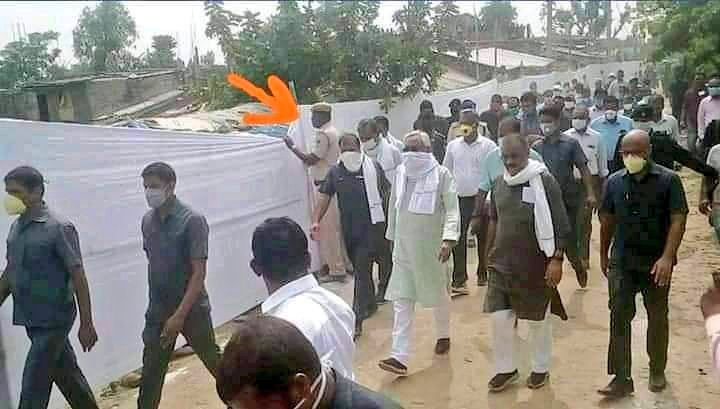 PATNA—A visit of Bihar chief minister Nitish Kumar to Madhubani district in Bihar has run into controversy after officials were seen covering parts of the areas to block view of huts belonging to the poor on way.

The chief minister had visited Madhubani district on Wednesday to review the ongoing anti-erosion works in the Kamla embankments.

However, a large curtain of white clothes was found putting up along the embankments which, the opposition alleges, is aimed at blocking the view of the huts by the chief minister on the way.

Similar thing had been witnessed in Ahmedabad ahead of US President Donald Trump’s visit to the town to hide the view of slum area.

Congress parliamentarian Akhilesh Prasad Singh hit out at the state government for the curtain incident.

During the visit, the chief minister who was accompanied by water resources minister Sanjay Jha asked the officials to do iron sheet piling besides raising the height of the embankment to strengthen it before the flood situation.