Now, Congress hits out at Nitish, says he is working to ensure defeat of “Bihar ki beti” 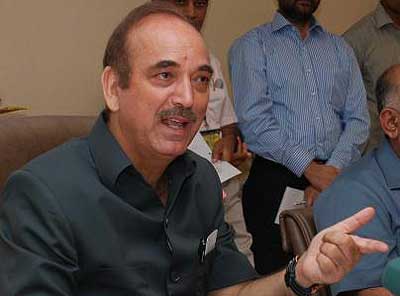 PATNA: The prevailing crisis in the ruling grand alliance deepened further on Monday after the Congress joined the RJD to launch frontal attacks on chief minister Nitish Kumar whom, it called, as a “man with different principles”.

“People who believe in one principle make one decision, but those who believe in many principles make different decisions,” senior Congress leader Ghulam nabi Azad told the media in New Delhi  on Monday.

He further derided Kumar for “deciding” on the defeat of opposition’s presidential candidate Meira Kumar.

“He (Nitish) was the first one who decided to defeat Bihar’s Dalit daughter, not us,” Azad was quoted as saying by news agency ANI.

JD-U chief Kumar has come under fire for describing opposition’s move as “losing strategy” by fielding Meira Kumar in the elections.

The RJD already has launched attacked on the chief minister for working against the interests of the secular forces and described him as an opportunist who is apparently working with “temporary political gains”.

JD-U’s move has come under fire not only from the ruling alliance but also from the people of Bihar.