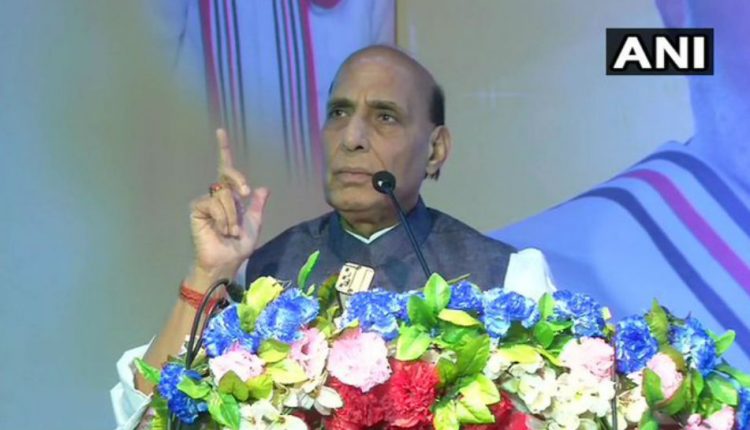 PATNA: Federal home minister Rajnath Singh on Sunday served a stern warning to Pakistan saying there won’t be any talks with the neighbor until it stops terrorism.

“The talks will resume only when Pakistan stops terrorism,” India’s interior minister said, addressing a function in Patna on Sunday.

He advised the neighbor to stop serious human rights violations in its territorry lest it would break into pieces, and expressed unhappiness over the way Pakistan had been terming the terrorists as “freedom fighters”.

Also Read: Angry thieves uproots ATM, carries with them after being unable to extricate cash

He described revocation of Article 370 of the Indian constitution granting special status to the Jammu and Kashmir as need of the hour and said the very facility had “bloodied our piece of heart and the heaven on the earth”.

Stating that the dream had ultimately come true after 69 years, Singh said BJP never indulged in the politics of caste and communalism whereas the Congress always pursued the politics for gaining power.

“On the other hand, our main concern has been the national interests,” he said adding the Jammu and Kashmir would prosper fast after revocation of Article 370.

Corona virus spread by Saif takes many from his family, hospital in its firm grip