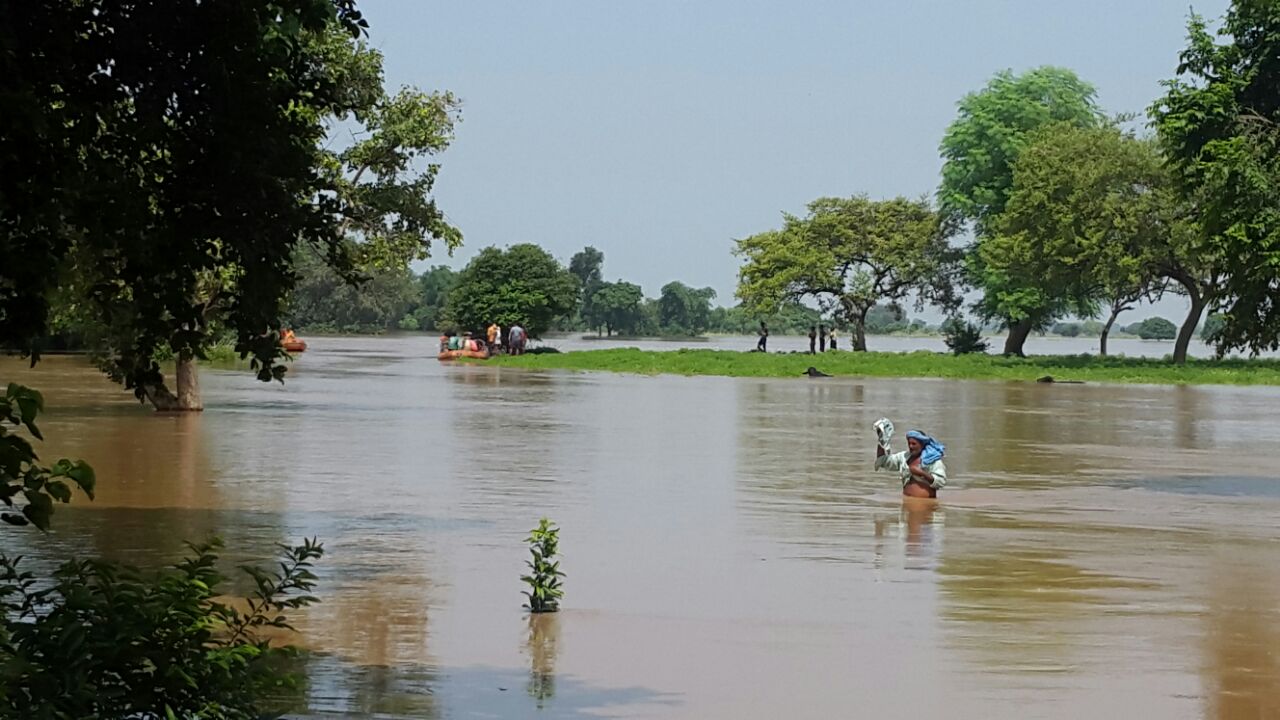 Officials said the water level in Ganga has receded by at least 7 CM on Sunday although the river is still flowing over danger level.

“Right now we can say there is no flood threat to Patna but the flood situation indeed remains critical in the riverine areas,” state disaster management department (DMD) secretary Vyajsi told the media today after conducting an aerial survey of the flooded areas in Patna.

He appealed to the people settled in the ‘diyara’ (riverine belts) to move to safe places or take shelter in relief camps set by the state government.

As the overall situation remains grim, Bihar chief minister Nitish Kumar reviewed the situation through video-conferencing with the DMs of the affected districts and asked them to speed up relief and rescue operation.

The problem has been created due to heavy discharge of water into Sone river from Indrapuri and Bansagar dams, which ultimately has led Ganga and its tributaries swell.