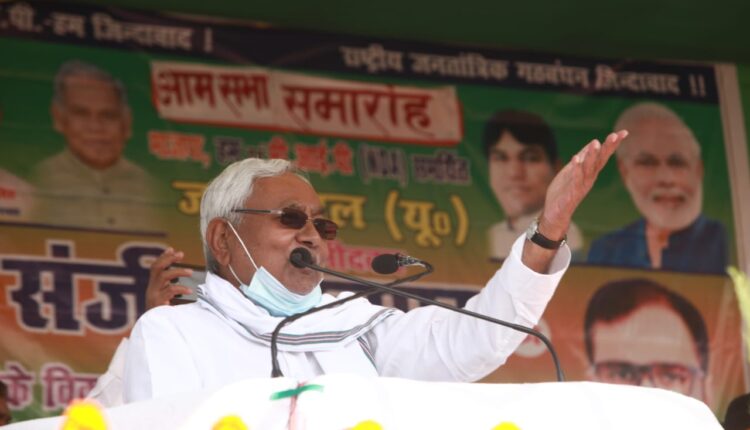 PATNA—While most of the political parties have rolled out red carpets to woo the Dalits and backward caste voters who form lion’s share of the total vote bank, the ruling Janata Dal United (JD-U) in Bihar has gone all out to lure the upper caste voters.

The party looks desperate to get their support after the JD-U put up a disastrous performance in the recent Bihar assembly polls where it finished third.

For the first time, the JD-U which is headed by chief minister Nitish Kumar has formed an Upper Caste cell quite on the patterns of various cells such as Minority cell, Dalit cell, Mahadalit cell, OBC cell to reach out to the upper caste voters.

The chief minister had in 2019 also got a bill for 10 percent reservation to upper caste poor passed from the Bihar assembly to grant them reservations in government jobs and educational institutions in the light of the 103rd Constitutional amendment.

This happened even as the main Opposition RJD had voted against the Bill in the Parliament.

Analysts say the JD-U leadership has got nervous after its devastating performance in the October/November 2020 assembly polls in the state when it was able to win only 43 seats after contesting 115 seats against 74 seats won by the BJP by contesting similar number of seats. What was humiliating for the JD-U was that it stood distant third.

“JD-U suffered badly for primarily two reasons—first the LJP fielded candidates against the JD-U candidates which split NDA votes and secondly, the BJP leadership failed to clear confusions from the minds of the voters about its ‘alliance’ with the LJP. At no election rallies, top BJP leaders such as Prime Minister Narendra Modi said LJP was not a part of the NDA,” commented a political expert. But for the support of the upper castes, he added, the JD-U would have fared even more badly.

The development comes amid a senior serving IPS officer Arvind Pandey seeking for formation of “Savarn Kalyan Mantralaya” or an exclusive ministry for the welfare of “economically backward people” among upper castes. Pandey happens to be the Director General of Police-cum-Civil Defence Commissioner of Bihar.