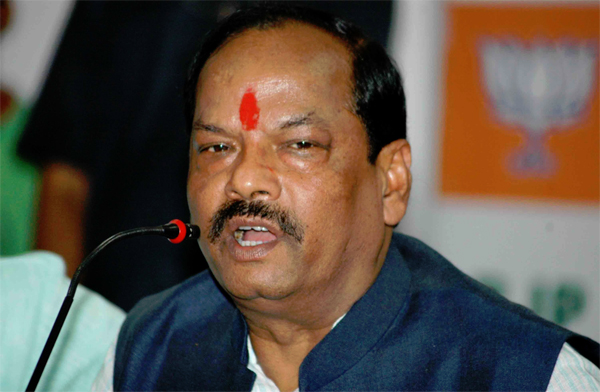 PATNA: Jharkhand chief minister and senior BJP leader Raghubar Das today launched a massive attack on his Bihar counterpart Nitish Kumar describing him as a man under the influence of a difference kind of intoxicating substance.

Das affirmed his role model is Gujarat— the state previously ruled by Narendra Modi and where the total prohibition was imposed much earlier; and not Bihar which only recently followed the BJP-ruled state.

Das was apparently peeved at Kumar criticizing the former for lightly taking his request for stopping liquor sale along the border post alcohol ban in Bihar.

“I had sought support from the Jharkhand CM in maintaining strict vigil along the border to ensure we implement a total ban on liquor. Do you know what he replied? He said your letter is being forwarded to the excise department for necessary action. This is the reply of a chief minister to a chief minister…Ghabrayen nahin, sabse pahale Jharkhand kuch karenge aur wahan sharabbandi ke khilaf aawaz buland karenge (Don’t worry, I will first visit Jharkhand and launch an intensive campaign against liquor ban),” was how Kumar threatened Das at a Press meet here.

Kumar is also scheduled to address a rally in support of ‘total prohibition’ in Dhanbad on May 10.

The JD-U reacted bitterly to caustic remarks from Jharkhand CM terming it as “improper and undignified”.

“Such comments are improper which highlight the mental bankruptcy of a person assuming high office,” remarked JD-U spokesperson Rajiv Ranjan.

Government committed to develop places associated with Buddha in India

Amid stiff opposition by Congress, Nitish Kumar says he is not in PM race