Nitish’s advice to tipplers: ‘Turn off lights and drink juice,’! 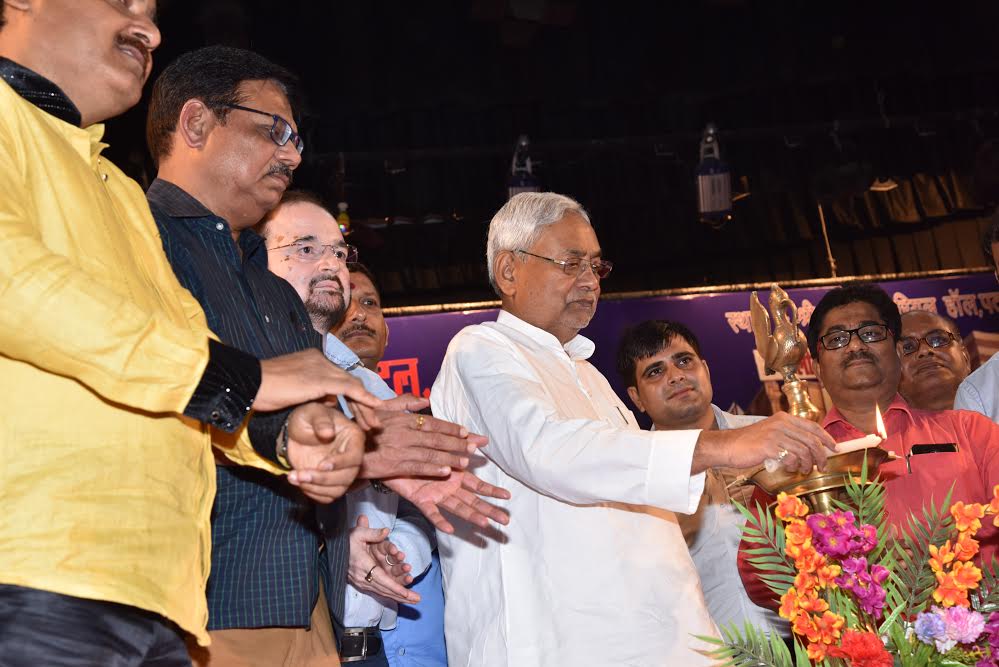 PATNA: Bihar chief minister Nitish Kumar today gave a new advice to those craving for alcohol after the state imposed total prohibition in April this year.

“Such big positive change has come in, why do you ruin in for a peg or two? Turn off the lights and drink juice, you will feel like drinking the same,” Kumar told a function in Patna on Tuesday.

He said prohibition had brought massive changes in the state yet some people make different kinds of talks. “I don’t care about them,” he said.

“If you want to see the change, just go to the countryside,” he suggested adding the kind of happiness he got after imposing prohibition was much bigger than the one he felt after becoming the MLA, MP, minister or even the chief minister.

Bihar imposed total prohibition in April this year the new prohibition law was passed from both houses of the state assembly.

Last week, Bihar Governor Ram Nath Kovind finally gaveen his assent for the new Prohibition and Excise Bill which many say is “draconian” in nature, paving the way for the formal implementation of the liquor laws in the state.

The new law provides for arrest of the persons under non-bailable sections once caught possessing or consuming liquor, community fine on the entire village, arrest of the entire adult family members if caught with liquor bottles at home and cancellation of all government licences once found guilty of violating the laws.