During his hour-long meeting with Oli, Kumar explained in detail how both Bihar and Nepal face similar problem of large-scale destruction from the Himalyan rives every year and that how the completion of hydel project could turn the bane into a boon.

“The rivers which originate from the Himalyas flow through north Bihar before melting into the Ganges, bringing large-scale destruction,” Kumar told the Nepal PM.

Stating that the water which is the gift of Nature is invaluable, Kumar said how the floodwaters could be used for irrigation purposes through proper water management. “The construction of high dam over the Himalayan rivers will not only tame floods but will also provide irrigation facilities to both Nepal and Bihar,” he opined. 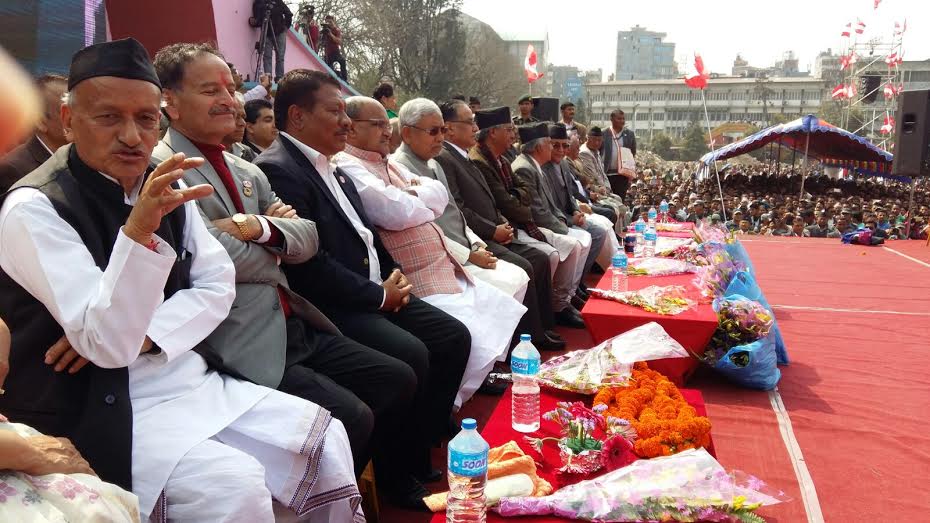 Kumar said the hydel project if completed would not only meet the power demands of Nepal but also Bihar. Reports said the Nepal PM gave a very patient hearing to Kumar’s feeling and agreed with his views.

The Bihar CM also requested Oli to start a direct air service from Kathmandu and Patna and Gaya. Bodh Gaya which is located in Gaya district of Bihar has been the seat of enlightenment, and millions of tourists and devotees reach this holy land every year to pay obeisance to Buddha who got enlightenment in the 6th century BC.

On the second day of his visit, Kumar visited the famous Pashupatinath Temple and offered prayers to Lord Shiva.

“Bihar shares an emotional bond with Nepal and we honestly want the Himalyan nation to reach height of progress and prosperity,” he told the media after coming out of the temple.

Kumar has always had a soft corner for Nepal. Last year, when a massive earthquake rocked Kathmandu, the government headed by him had set up several relief camps along the Indo-Nepal border to help the fleeing quake victims. Not only the Indian citizens but even the Nepali citizens were given shelter and free foods.