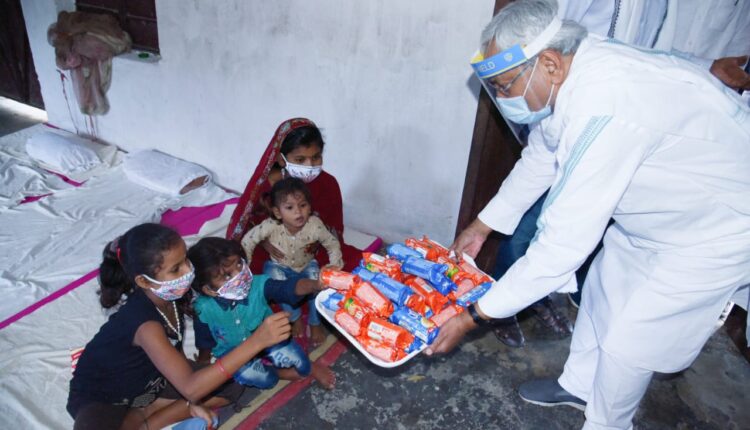 PATNA—In the line of opposition fire, Bihar chief minister Nitish Kumar finally stepped out of his residence to conduct aerial survey of the flooded areas on Wednesday and know the plight of the flood victims from a close.

According to a report of the Bihar disaster management department, floods have affected more than 6.66 million population settled across 16 districts of Bihar, besides killing 19 people so far.

After conducting aerial survey, the chief minister reached the Darbhanga district and met the flood victims lodged at some relief camps.

At a relief camp set up at Makhnahi middle school, the chief minister inspected the kitchen, medical facility and lodging arrangements before meeting the flood victims.

Officials said the chief minister checked the quality of foods being served to the flood victims and then distributed biscuit packets among the children.

The chief minister had taken extra precaution before rushing to meet the flood victims and officials. Images showed the chief minister wearing face mask and also covering his face with face shield to avoid getting Covid-19 infection.

Corona cases crossed 64,000 in Bihar on Wednesday with around 3,000 cases being reported everyday. The virus which was first reported in March end has claimed 369 lives so far.