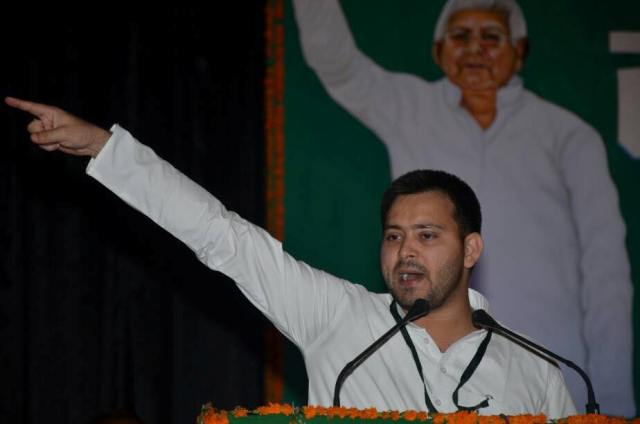 PATNA: RJD leader Tejahswi Yadav today mounted heavy attacks on chief minister Nitish Kumar for “disgracing” the people’s mandate and stabbing the Grand Alliance in the back by joining the BJP camp.

He alleged the chief minister walked with the BJP to hide his involvement in the Srijan scam.

He accused the chief minister of ditching his party colleagues, such as George Fernandes, Digvijay Singh, Sharad Yadav and finally Grand Alliance leaders.

Tejashwi exhorted the masses to teach a lesson to the Narendra Modi-Nitish Kumar combine in the next elections and save the country.

“We will not rest idle until we drive them out from thrones in Bihar and Delhi,” he vowed

“Nitish Kumar may have walked with the BJP but the Grand Alliance still exists as the real JD-U led by Sharadji is still with us,” he announced.