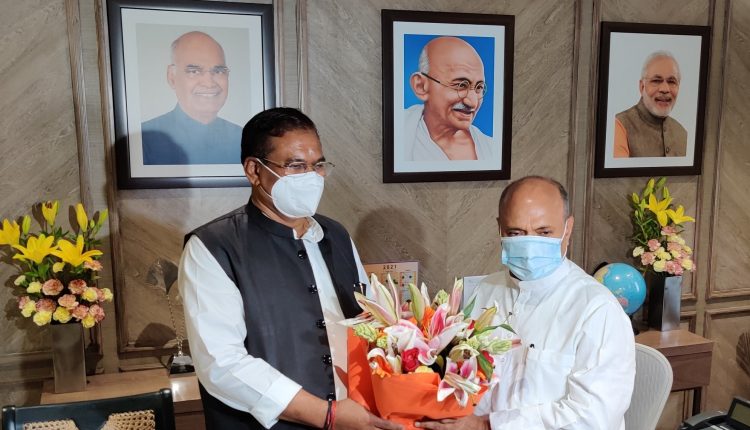 PATNA—A day after the JD-U national president RCP Singh was inducted as a minister in Prime Minister Narendra Modi cabinet, he is yet to receive congratulatory messages from Bihar chief minister Nitish Kumar, media reports said.

Singh who was allotted the steel portfolio received congratulations from various quarters including the Prime Minister but not from the Bihar chief minister.

According to political observers, the mysterious silence could be a part of calculated move by the chief minster to calm down any possible anger among party leaders who missed the bus.

Reports said there were at least five leaders from the JD-U such as RCP Singh, Rajiv Ranjan Singh alias Lalan Singh, Dileshwar Kamat, Chandeshwar Chandravanhi and Ramnath Thakur who were in the race for cabinet berth but only RCP Singh proved lucky.

According to media reports, the JD-U’s decision to join the Union cabinet despite being offered only one seat has not gone down well within the party leaders and could pose troubles before the party.