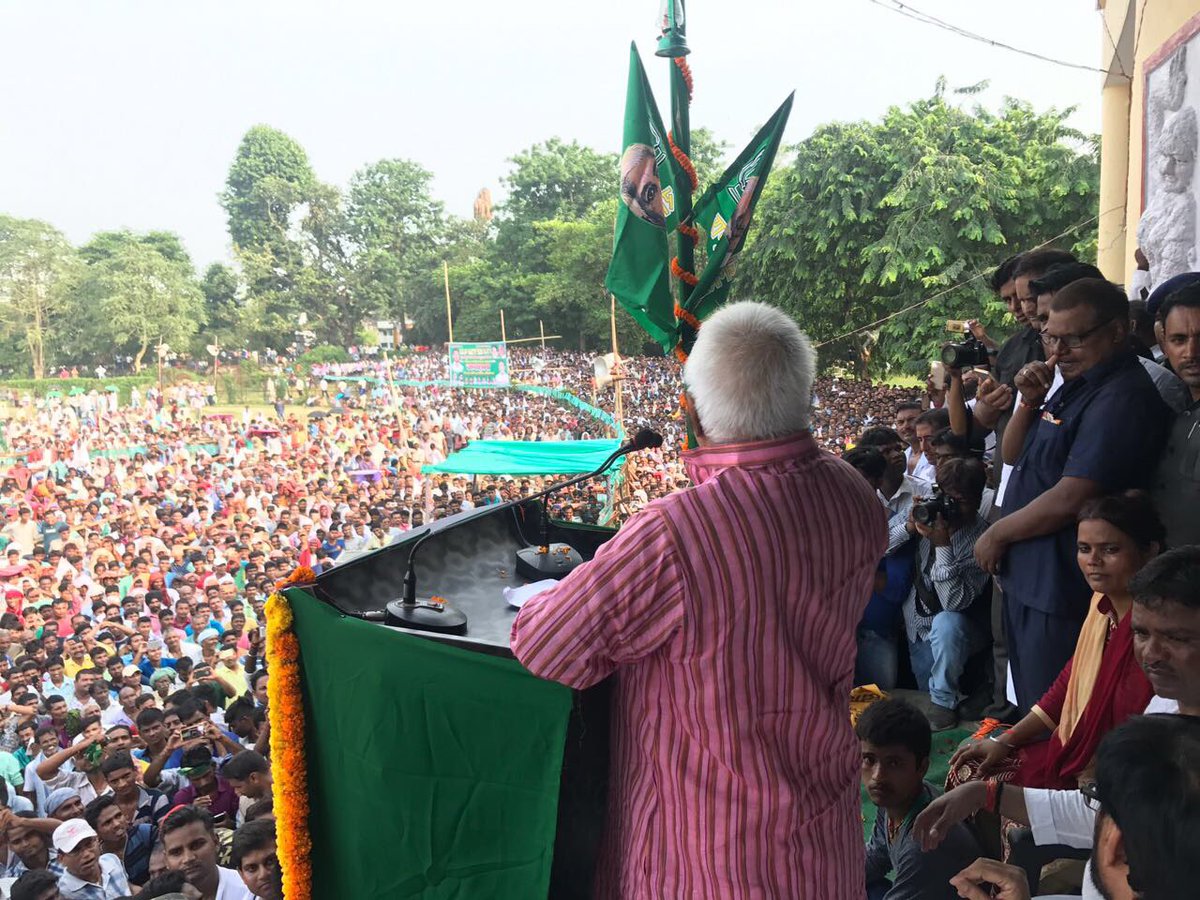 The Rs10 billion scam involving the fraudulent transfer of government funds to the account of the NGO, Srijan, is currently being investigated by the Central Bureau of Investigation (CBI).

“The top BJP leadership was aware about Nitish Kumar’s involvement in the scam and hence asked him bluntly if he wants to go to jail or break alliance with the (erstwhile ruling) Grand Alliance. This man went for the second option,” Prasad alleged, addressing an impressive rally in Bhagalpur town against the scam on Sunday.

He alleged the scam flourished owing to full political patronage from the chief minister Kumar and his deputy Sushil Kumar Modi.

He said Rekha Modi, cousin sister of deputy chief minister Modi, is involved in the scam but the latter just can’t get away from his role in the scam just by simply stating he doesn’t have good relations with his cousin sister.

The RJD chief alleged the deputy CM’s sister had been purchasing diamond jewelries from the NGO’s money to be gifted to the politicians, officials and other influential persons to get their patronage.

The RJD chief wondered at the way the CBI had failed to register cases against the chief minister, his deputy Modi and other BJP leaders involved in the scam despite their clear involvement in the scam.

“For similar charges, I was made an accused in the fodder scam but the same CBI has failed to register a case against Nitish Kumar, his deputy Modi and other BJP leaders till date,” he alleged.

He also termed hi as the “most corrupt person“ on the earth under whose nose this scam flourished during the past 13 years and asked the chief minister give a account of the government money to the people.

“Nitish Kumar is the main creator of the scam and he will have to go,” he demanded.

At the same time, he launched frontal attacks on the Narendra Modi government at the centre. “I can’t be cowed down by BJP’s threats. No matter I am hanged but I will make the BJP lick dust in the coming elections,” he declared.

Five cops killed, many wounded as speeding truck rams into a police team in Bihar