Nitish power-greedy, can join hands with anyone, Lalu says 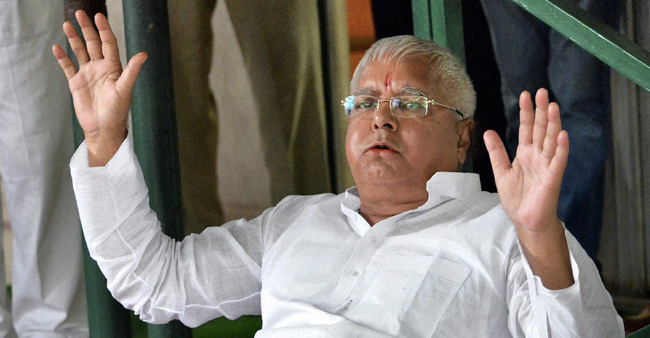 “It is true that for the sake of power, Nitish has no qualms about aligning with anybody. But Chhedi Paswan has gone too far,” Prasad told the media in Patna.

BJP parliamentarian Chhedi Paswan has alleged Nitish Kumar could join hands with anyone, including Dawood Ibrahim, to stay in power. Paswan represents Sasaram Lok Sabha seat from Bihar in Parliament.

Now, pressure building up on Nitish Kumar to hand over CM’s post to BJP after completing 2.5 years in office