Nitish calls on PM, apprises him of Bihar flood situation 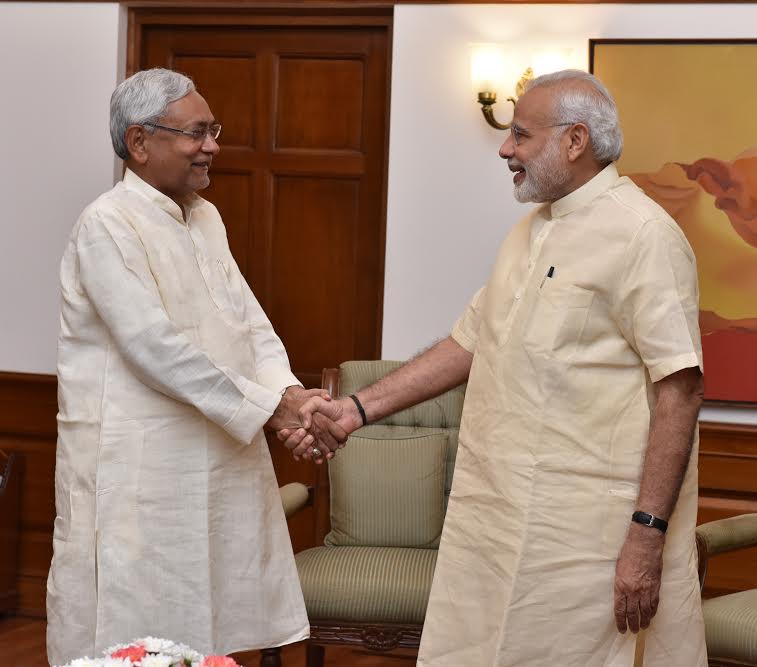 At least, 12 districts out of state’s total 38 districts are currently affected by floods, displacing a huge population, damaging homes and destroying standing crops.

During his meeting with the PM which lasted for some 45 minutes, Kumar raised the issue of siltation in the Ganga river hampering its free flow and sought for urgent actions to save Bihar from the recurring floods.

Straightway blaming the Farakka dam for the floods in Bihar, the chief minister said prior to construction of this dam the silt would get automatically carried away by the river water but now it is getting stored in the river, raising its level.

“Now, the time has come to assess both merits and demerits of this barrage,” Kumar told the media in New Delhi after meeting the PM.

The serious of the situation, he explained, can be underlined from the fact that the Bihar is facing floods despite receiving 14 percent less rains.

“The flood situation is unprecedented,” he remarked.

‘You are lucky that mother Ganga has come to visit your homes,’ Lalu to Bihar flood victims