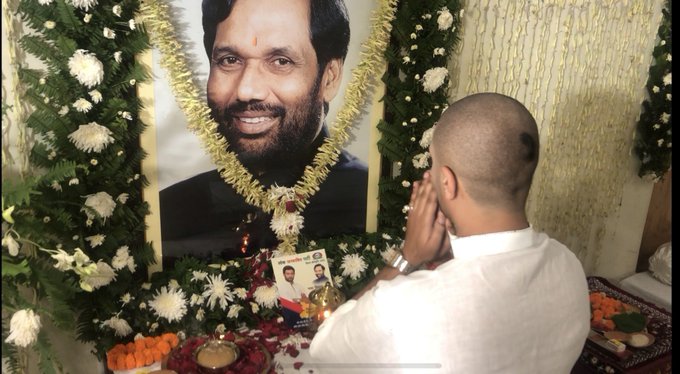 PATNA—LJP president Chirag Paswan on Wednesday mocked the ‘Nali-Gali’ (construction of drains and lanes) scheme of chief minister Nitish Kumar saying they could not change the face of Bihar.

“Drains and lanes should have been constructed much earlier. They can’t change the face of Bihar,” Chirag said, releasing the party manifesto on Wednesday. He also alleged large-scale corruption in the seven resolves scheme.

He ridiculed the chief minister’s claim of Bihar not attracting investors for being a landlocked state and mocked the way newly-constructed bridges were getting washed away despite the state having the ‘engineer’ chief minister.

Further, he also took a dig at the chief minister for his remark that people from Bihar working outside the state should not be addressed as “migrants”.

“Apke manne ya nahin manne se kya hoga Mukhya Mantriji. Wo pravasi hain (It doesn’t matter whether you agree or not but the fact is that they are migrants),” Chirag asserted.

The LJP chief accused the chief minister of indulging in the politics of “divide and rule” to rule the state.

“People publicized it as his ‘social engineering’ when he divided Dalits into Mahadalits and Backwards into Extremely Backwards. There is only one caste in India and that is the poor,” he said.