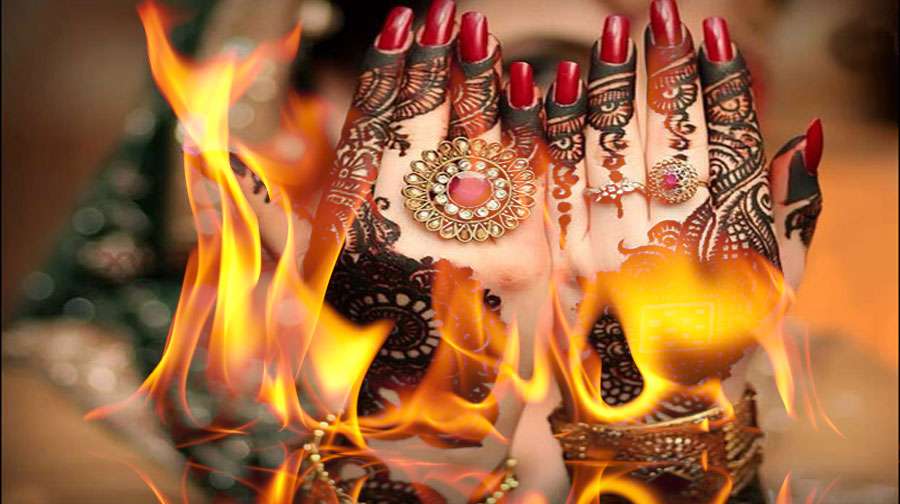 Strangely, the campaign is said to be the flagship project of the JD-U led by Mr Kumar to win the support of the female community and refurbish his image ahead of the next 2019 Lok Sabha polls.

The campaign suffered the first major jolt when a top JD-U official was accused of killing his daughter-in-law for dowry. The said JD-U official Arun Kumar Kushawaha has been absconding since the incident even as the ruling party is yet to react over the issue.

In the complaint registered with the Muzaffarpur police, the JD-U leader has been charged with torturing his daughter-in-law Rina Kumari to death for dowry. The accused was demanding a car, alleged victim’s father Mahesh Bhagat.

“I gave everything as per our capability at the time of wedding but once my daughter reached in-laws’ home after marriage, they began demanding a car. As the demand was not met, they began torturing her before killing her earlier this week. They didn’t even inform us before performing the last rites,” alleged the complainant.

Even as the matter could subside from people’s memory, the campaign received the second setback when a deputy Mukhiya Pappu Kumar was accused of kidnapping a 11-year-old schoolgirl and performing her marriage with another minor boy earlier this week. The incident took place at Shavani village under police station in Patna district.

According to the police, the said deputy Mukhiya abducted the minor girl at gun-point from her home and got her wedding solemnised with a boy Lokesh Kumar at a local temple while holding girl’s parents hostage. As per reports, the boy was having love-affairs with the minor girl.

The police swung into action and arrested both the accused deputy Mukhiya as well as the “groom” after the local newspapers widely reported the incident of “child marriage” at the point of gun.

The police have also issued a WhatApp number asking the villagers to promptly inform if they come across any such incidents of child marriages or dowry deaths/marriages.

Both the incidents come barely three days after the chief minister launched a campaign against twin social evils in Patna on 2 October, describing them as closely related to female-related violence.

India holds ‘Paryatan Parv’ to popularise tourism in the country