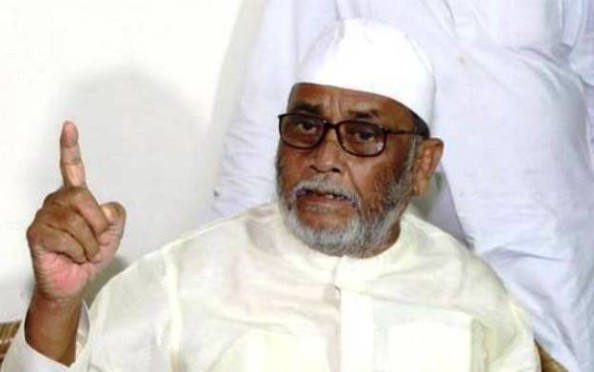 PATNA: The RJD today launched a blistering attack on Bihar chief minister Nitish Kumar, describing him as a man who spends the day with RJD but night in the company of the BJP.

He also questioned Nitish Kumar’s take on corruption saying the entire Bihar is troubled with the “rampant corruption and bribery” in the government offices but deputy chief minister Tejashwi Yadav is only targeted for corruption.

Taslimuddin had earlier said Nitish Kumar doesn’t deserve to become even a ‘mukhiya’ (village council chief). He has also termed Kumar as an “opportunist”.

The stinging attack comes amid the JD-U constantly seeking resignation of the deputy chief minister who was made an accused in a corruption case by the CBI along with his parents earlier this month.

The RJD has also accused the JD-U of speaking the language of the BJP which has gone on constantly targeting the RJD chief and his family and seeking resignation of Tejashwi since the CBI registered a case against him.

From a ‘parrot’ to ‘dog’: How CBI remains the target of attacks from Indian politicians