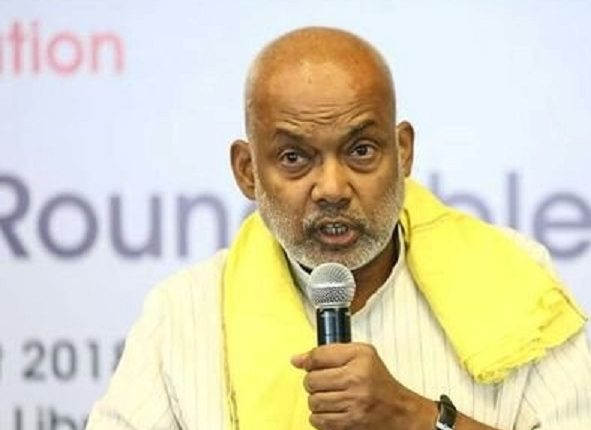 PATNA: The situation is slowly getting tough for the Bihar chief minister Nitish Kumar in the NDA.

In a fresh political development, senior BJP leader and former Union minister Sanjay Paswan has suggested Nitish Kumar to quit the throne for the BJP and shift to the national politics.

“I am of the opinion that the Nitish Kumar should shift to the national politics and quit the throne for the BJP,” Paswan told a section of media on Monday.

Paswan said Nitish is a matured politician and enjoys great stature and hence he must focus on national politics.

A day earlier a section of BJP leaders had demanded to project Union minister Giriraj Singh as the chief ministerial face of Bihar NDA.

The JD-U has reacted strongly to the suggestion. “JD-U doesn’t need any advice. Nitish Kumar is the NDA face in Bihar,” reacted JD-U spokesperson Nikhil Mandal on Monday.