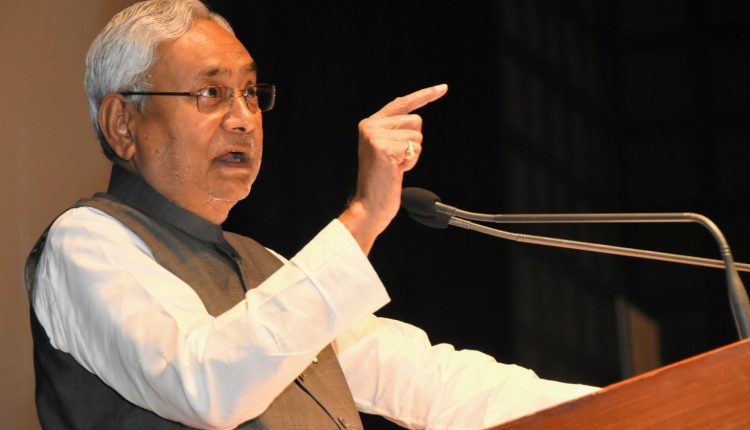 PATNA—The ruling Janata Dal United (JD-U) has set at rest speculations that Bihar chief minister Nitish Kumar will become a member of the Rajya Sabha to make way for his alliance partner.

The speculations got rife after the chief minister, while interacting with the media in his official chamber in the state assembly, had reportedly expressed his wish to serve the Upper House of the parliament.

“Oh dear! Respectable Nitish Kumar ji has got the mandate to serve the people of Bihar for five years. This means he is not going anywhere. He is the Chief Minister and will continue to serve in that capacity,” JD-U parliamentary board chairman Upendra Kushwaha wrote on his Facebook post on Friday.

Another senior JD-U leader and Minister for Information and Public Relations Department Sanjay Kumar Jha described the report as “mischievous and far from truth”.

“Shri Kumar has people’s mandate to serve Bihar, and will continue to do so for the full term as Chief Minister. He is not going anywhere!” tweeted Jha.

Jha added that Nitish Kumar was the face of the NDA in 2020 Bihar Assembly elections, and people voted this alliance to power.

“His unwavering commitment to serve people & ability to transform #Bihar are sacrosanct. I urge all to desist from such propaganda, which shall yield little,” he said.

Speculations about Nitish Kumar willing to shift to national politics began shortly after he expressed his desire to be a Member of Rajya Sabha.

Kumar has, so far, been a Member of Lok Sabha, Bihar State Assembly and Bihar Legislative Council but he has not been nominated to the Upper House of the Parliament.

“I won’t mind going to the Rajya Sabha but currently I have the responsibilities of the Chief Minister. I have been the chief minister for the past 16 years but no sure about the future,” Kumar was quoted as telling a local Hindi news channel.

Political experts were very quick to read in his statement an attempt to look for “respectable exist” from the state politics with a post like Vice-President which is going to be vacant in the next few weeks.

However, the very remark has triggered various speculations in the political circles with analysts saying the chief minister has been under tremendous pressures to hand over his throne to the BJP.

In the aftermath of the BJP returning to power in four states with comfortable majority and the party tightening grip on Bihar politics, the saffron party has been putting constant pressures on Kumar to hand over the throne to his ally.

The BJP also says that “the kind of enthusiasm seen in Kumar has gone entirely missing now”.

“Nitish Kumar did not have the kind of enthusiasm seen in 2005 (when NDA first came to power in Bihar). At that time, Kumar used to show the zeal to work, now that enthusiasm is totally missing,” BJP legislator Vinay Bihari told the local media. Bihari is one of the BJP leaders who wants to replace Kumar with a BJP chief minister.