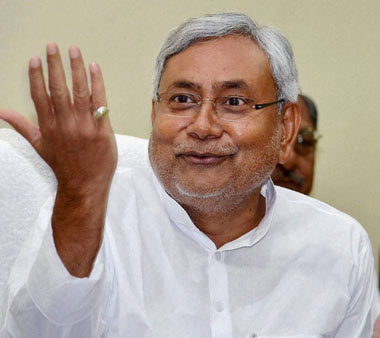 PATNA: A senior BJP leader has rejected Bihar chief minister Nitish Kumar as a “CM material” anymore amid reports that he is trying to get closer to the saffron camp.

“Right now Nitish Kumar is the CM but he may not be the ‘CM material’ in the next elections as now he has comprised over the issue of corruption just to stay in power,” BJP leader Sanjay Paswan told the media on Friday in Muzaffarpur.

According to him, Kumar’s war on corruption has now become a thing of the past as he looks eager to make any compromises to stay in power.

He said the BJP would gain if it went it alone in the elections adding the party was already facing the trouble in carrying its existing allies. He termed the allies as a “burden”.

According to him, the BJP will suffer losses if it increased the number of its allies. He said Nitish Kumar came to power on the promise of enforcing “good governance” but it’s completely missing now.

The observation assumes significance in the sense that the chief minister had taken no note of the BJP’s demand to dismiss his deputy Tejashwi Yadav from his Cabinet despite a formal case of corruption registered against him by the CBI which also raided his residence earlier this month.

Tejashwi who is son of RJD president Lalu Prasad has been accused of acquiring huge landed properties through fraudulent means.