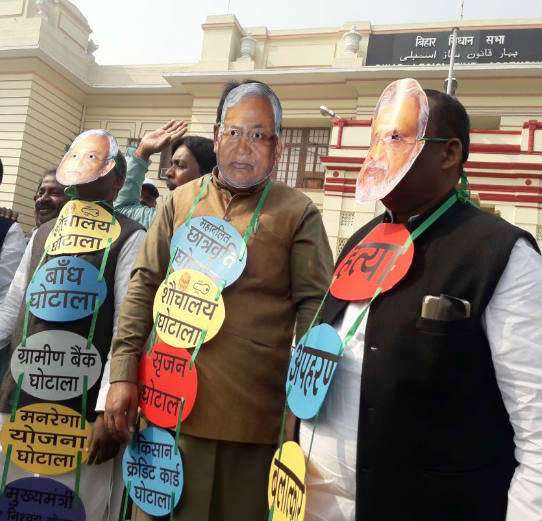 “Bihar of late has emerged as a state of corruption but Nitish Kumar is silent. We will launch an aggressive agitation from road to the state assembly,” Tejashwi said talking to the media in the Bihar assembly premises on Monday.

The week-long winter session of the Bihar assembly began today on a stormy note.

His massive assault on the chief minister comes in the light of recent surfacing of many scams from across the state, such as Srijan scam, toilet scama, rice scam etc.

Tejashwi who was the deputy chief minister in the previous Grand Alliance government alleged the chief minister maintains stony silence once the BJP and JD-U leaders are found involved in any corrupt deals.

He also alleged the law and order situation had totally collapsed in the state and crime had become an order of the say.