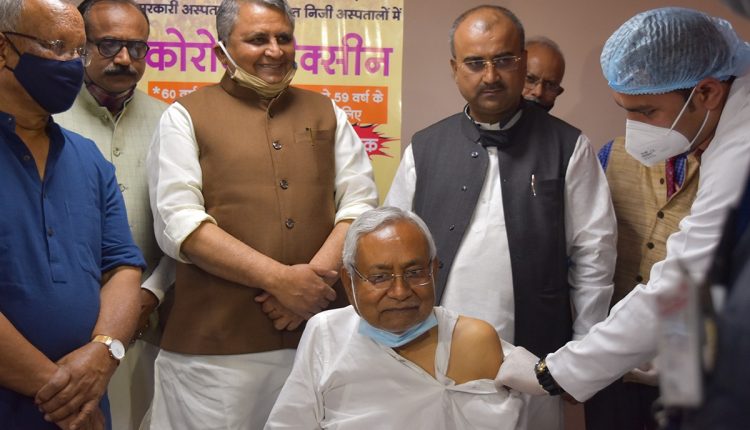 PATNA—A host of ministers headed by chief minister Nitish Kumar in Bihar received the first dose of COVID-19 vaccines on Monday. That happened amid Prime Minister Marendra Modi getting his dose at AIIMS-Delhi.

The move will encourage the dormant and reluctant healthcare and frontline workers to come forward for the vaccine shots, experts believe.

Kumar celebrated his 70th birthday in style. Accompanied by cabinet colleagues, the chief minister rushed to Patna’s Indira Gandhi Institute of Medical Sciences (IGIMS) and got the first dose of the vaccine.

His cabinet colleagues, such as Tarkishore Prasad and Renu Devi, both his deputies, and education minister Vijay Kumar Chaudhary also got the jabs at the same time.

The chief minister also announced that all the people from the state would be given free vaccines as part of the NDA government’s pre-poll commitment.