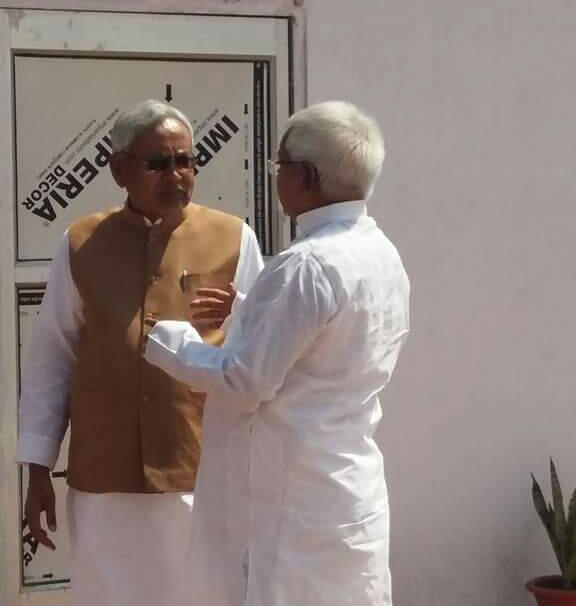 According to reports in a section of media, Kumar rushed to the 10, Circular Road residence of the RJD chief on late Thursday evening and remained closeted with latter for about half-an-hour.

It’s not officially known what they discussed during the meeting. However, it is believed they discussed over the current political situation in the country, apart from the issue of Dalit atrocities in Gujarat and the resultant protests.

What lends credence to this belief was the reference about the Dalit atrocities in Gujarat in tweets of Prasad which he made late last night, shortly after he had met the chief minister.

“He (in oblique reference to the PM) keeps speaking even on insignificant issues but suddenly has maintained mysterious silence over the beating of Dalits. Kahin inhi ki shah to nahin?” tweeted Prasad.

Both the leaders were also leant to have discussed the existing vacancies in the Boards and Corporations.

Image published only for representational purposes

Mob torches train in Bihar to protest death of student; harried passengers run for life in the dead of night