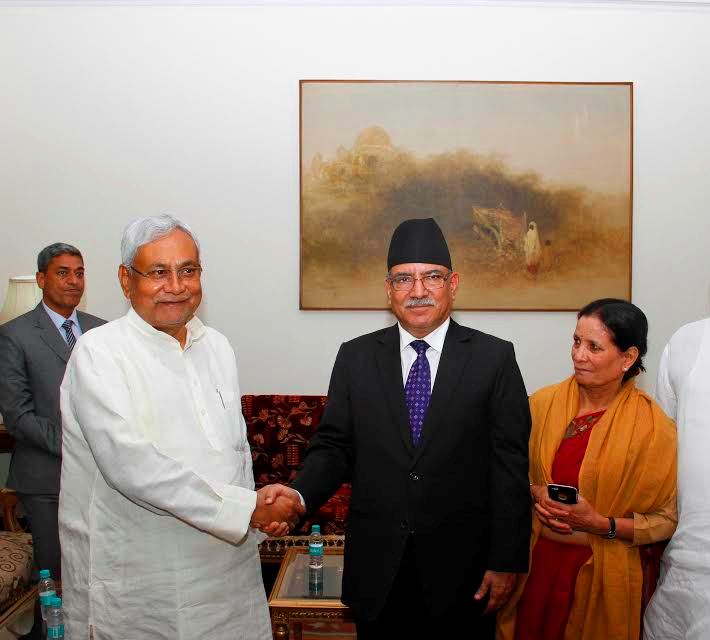 Bihar has been facing severe flooding caused by rivers from Nepal which flow through the state and bring massive destruction of human lives and property every year.

“We can tackle the problem of recurring floods with cooperation from Nepal with which we have very old relations,” the chief minister was quoted as saying after meeting the Nepal PM.

This year’s floods have badly affected a population of around nine million settled across 31 districts of Bihar, damaging thousands of home and standing crops planted in 390,000 hectares of land, according to an official report. Floods have also claimed 249 lives so far.

During some 30-minute talks with Prachanda, the chief minister also suggested for starting air services between Patna and Kathmandu, Patna and Lumbini and Gaya and Kathmanu to promote tourism, reports said.

The Nepal arrived on four-day visit to India on Thursday, during which he is to meet Prime Minister Narendra Modi and President Pranab Mukherjee.