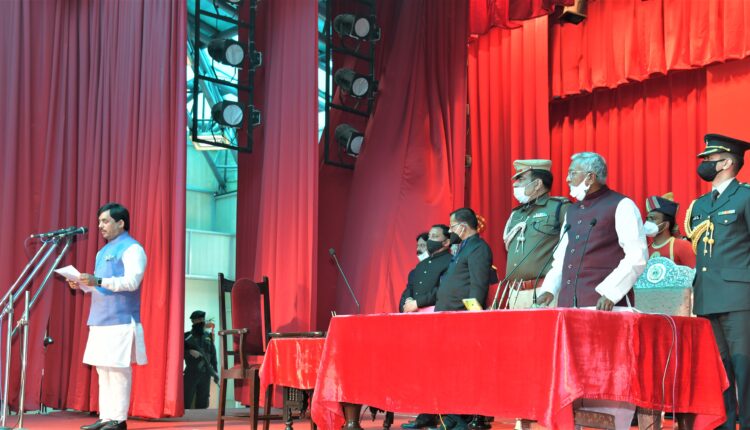 PATNA—A total of 17 ministers took oath during the first expansion of chief Bihar chief minister Nitish Kumar cabinet on Tuesday. Of the total 17, nine belong to the BJP and eight from the JD-U.

The notable face among them was former minister in Vajpayee government Syed Shahnawaz Hussain who was given the charge of industry department.

His inclusion in the state cabinet makes Hussain back from wilderness well after two decades. Let aside giving him the place in the Narendra Modi cabinet, he was not even given the ticket to contest Lok Sabha elections.

Till last month, he was not a member of any House of Bihar Legislature but he was suddenly nominated to the Upper House before being finally made the minister.

Along with Hussain, 16 other ministers from the BJP and JD-U also took oath at a ceremony organised at Raj Bhawan.

Two other leaders, such as Sumit Singh and Jaman Khan who lent their support to the Nitish Kumar government were also made the ministers.

Singh had won elections as Independent while Khan was elected on Miss Mayawati’s BSP ticket. Khan is the lone BSP legislator getting elected to the Bihar assembly.

Wedding at night, divorce in the morning