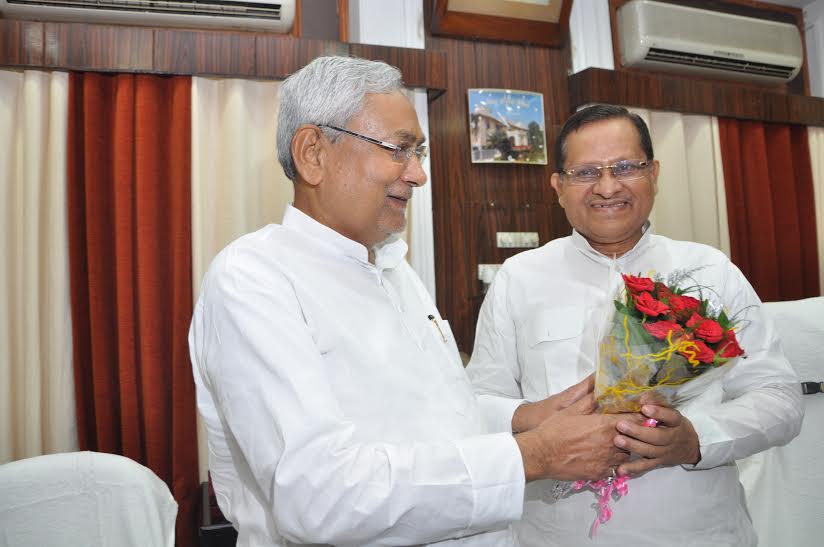 PATNA: Bihar chief minister Nitish Kumar today said the issue of “domiciliary” was not out of context and sought a consensus over the issue.

“The issue of domiciliary was not out of context. It is quite relevant today,” Kumar told the media today, emerging out of the state legislative assembly.

He said he and his party were very much in favour of that the residents of Bihar should be given preference in employment in state jobs.

“There is a need for intense discussions on the topic and if consensus emerges among all parties, steps could be taken in this direction,” the chief was quoted as saying by the PTI today.

“There should be 80 percent reservation for local in the state government as well as private jobs. This will help youths get employments in their own state instead wandering for jobs in other states,” was how the RJD chief had told the media on Thursday.

The BJP has been quite quick to support the ruling parties over the matter.

“Our party will support any bill taken by the state government in this regard,” said senior BJP leader Nand Kishore Yadav.

Observers say every party was supporting the issue since it has the huge potential to gain votes.

The RJD’s masterstroke has stunned his rivals. So far, the RJD’s policy had centered primarily around the backward castes and Muslims.

But this was for the first time, the looks like shedding its old image and trying hard to win support of all castes. The masterstroke even left the JD-U leader and chief minister Nitish Kumar stunned as he was only too quick to back his stand.