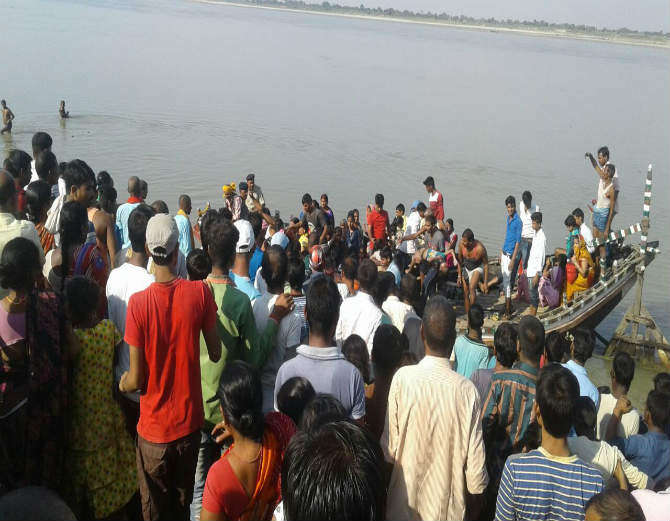 PATNA: At least nine people were drowned in river Ganga when a family picnic turned into tragedy in Bihar on Sunday.

Majority of the victims killed in the incident were children. The tragic incident took place near Mastana ghat of river Ganga in Fatuha block of Patna district.

Police said the victims had gone on the river bank for a picnic after the Hindu month of Kartik came to an end on Saturday.

Reports said after cooking the food, the family members went into the water to take bath but later drowned one by one in a bid to save each other.

Police said they have recovered nine bodies so far while efforts were on to search for other missing persons.

In another incident, three people died when an overcrowded boat sank in Bagmati river in Samastipur district today.

The victims were returning homes after taking fodder for animals when the boat sank in the river. More than a dozen people are said to be missing after the incident.