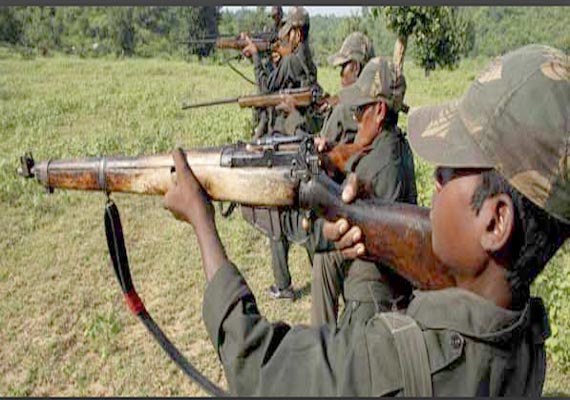 New Delhi: The National Human Rights Commission (NHRC) has issued a notice to the Government of Jharkhand, through its Chief Secretary and Director General of Police, calling for a report after taking suo motu cognizance of a news article about reported abduction and recruitment of children by Maoists in Jharkhand.

The Commission has observed that the article brings forth the stark reality of the vulnerability of the children in the remote areas of Jharkhand, who are dragged into Maoist cadre and their lives are ruined.

“The children are denied fundamental rights, including their right to education. The issues raised in the article are gross violation of the human rights of the children” observed the commission, giving two-week time to the State Government to respond.

The state government has been asked to explain some important points, such as, what is the police estimate of actual number of children who have  been recruited in the Maoists cadre in the State of Jharkhand, what action has been taken by the Administration/ Police to trace such children and re-integrate them with the main stream of the society.

The government has been further told to reply what measures have been taken to educate and rehabilitate such children and what action has been taken against the persons, who are involved in dragging the innocent children into the Maoists’ cadre and coercing them to carry out illegal activities.

According to the news article, carried on the May 8, 2017, more than thousand children have been abducted over the past few years and deployed as foot soldiers, couriers and sentries around Maoists’ camps in Jharkhand.

Children from Lohardaga, Gumla, Latehar and Simdega, the western districts of the State, bordering the Maoist strongholds in Chhattisgarh and Odisha, are easy prey. In some districts Maoists ask for five children from every village. The villagers have no option but to give in.

Reportedly, Child soldiers are made to chop off a thief’s ears or strip offenders naked and cane them. The recruits are initiated into violence through execution of brutal punishments pronounced in the Maoists’ jan adalats.

Murder is the most important rite of passage. Female victims experienced sexual abuse by the Maoists.

It is also reported that the police have taken some initiative. The Lohardaga and Gumla police have got some of the rescued children admission in school. But still most of the victims stare at an uncertain future, the Commission said.