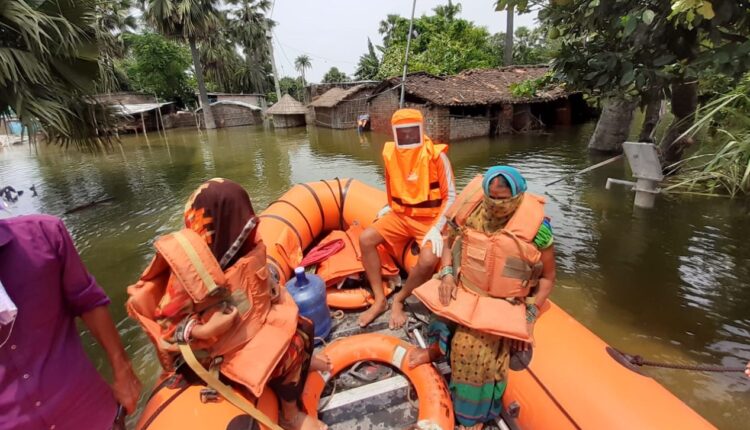 PATNA—National Disaster Response Force (NDRF) teams have rescued more than 11,000 people stuck in their flooded homes in Bihar so far.

On Monday night, an NDRF team rescued a snakebite victim who was stuck in his flooded home at far-off Siswania village in East Champaran district.

Soon after getting the information, an NDRF team headed by Jitendra Singh rushed to the village after covering four km at the dead of night and admitted 17-year-old Qausiq Alam at the neighbouring heath centre. Doctors say boy’s condition is out of danger now.

Currently, 23 teams of the NDRF are deployed in 14 districts of Bihar now in the grip of floods, according to commandant of 9th battalion Vijay Sinha.

A report of the Bihar disaster management department said floods have affected 5.63 million population settled across 14 districts of north Bihar and claimed 13 lives so far.

Man sentenced to death for rape-murder…