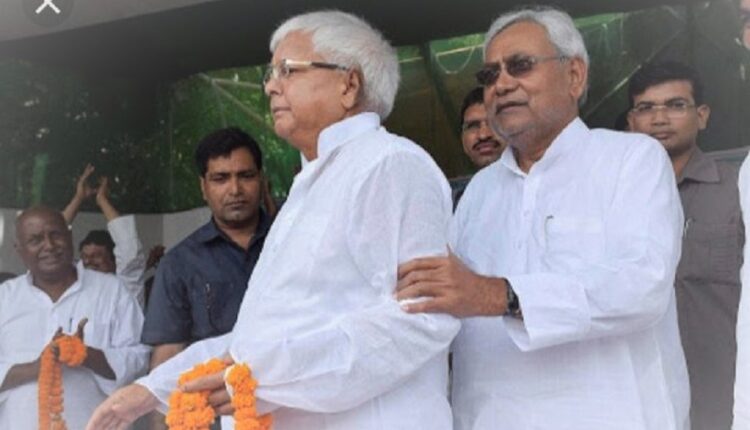 The RJD president has also asked his family members to refrain from making frontal attacks on the chief minister, perhaps hoping the cracks in the Bihar NDA may ultimately lead to new political realignments in Bihar.

“Lalu has strictly warned his party leaders against slamming the JD-U, instead they have been told to mount assaults on the BJP,” a person in the service of Lalu Prasad was quoted as telling a Hindi newspaper.

The entire JD-U leadership is currently boiling with anger after the BJP caused split in the Arunachal JD-U and inducted six of the seven legislators to the party.

On Wednesday, a senior RJD leader Shyam Rajak claimed at least 17 JD-U legislators were in touch with the party but they have been told to wait until their number increases to 28.

This comes a day after another RJD leader Uday Narayan Chaudhary extended an open offer to chief minister to join the Grand Alliance and help install Tejashwi Yadav as Bihar chief minister while it would project them as the PM candidate for 2024.