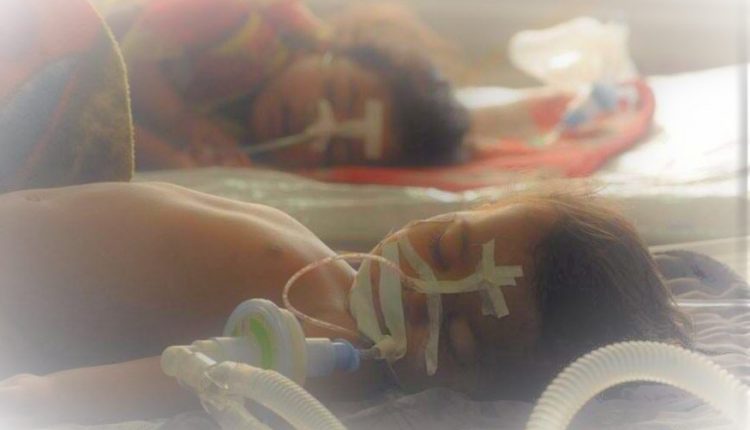 PATNA: Muzaffarpur, a north Bihar town famous for luscious litchis, is slowly turning into a “graveyard” of children with the health authorities failing to check deaths from suspected encephalitis.

In the past one week, at least 31 children have died of suspected encephalitis in Muzaffarpur, filling the entire region with the cries of wailing mothers, local media have reported. Officials, however, confirm only 10 deaths in between June 2 and June 7.

Media report said on Sunday morning as many as 31 more children were admitted to two hospitals in Muzaffarpur after their condition turned serious.

A senior official from Sri Krishna Medical College and Hospital (SKMCH) Dr Gopal Shankar Sahni have informed both the Pediatric Intensive Care Units (PICUs) at the hospital have got full while efforts are on to open the third one keeping in view the increasing flow of patients.

“We had never expected for such a critical situation,” Dr Sahni told the media on Monday.

Keeping in view the gravity of the situation, the health department has issued an advisory to the parents about how to prevent deaths of children by adhering to certain norms.

“The state government is making every effort to sensitize the masses about how to take care of children and save their lives,” Bihar’s principal health secretary Sanjay Kumar told the media on Monday.

“When children play under the open sun, it causes dehydration and affects a child’s intake of food and water leading to hypoglycaemia,” the health secretary was quoted as telling Hindustan Times.

According to him, the parents were also being advised not to allow their child go to bed with empty stomach and at least provide them with a glassful of lime water with sugar or ORS.

Suspected encephalitis has claimed the life of over a thousand children in the past five years.

Muzaffarpur had hit the headlines earlier when at least 34 girls were allegedly sexually abused at a government-funded care home run by an NGO. The Supreme Court is now monitoring the case now being investigated by the CBI.

Nitish serves another jolt to BJP, says will oppose removal of Article 370