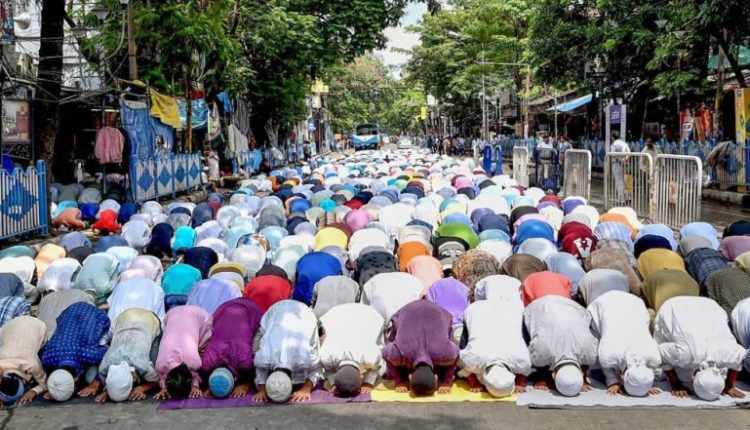 PATNA: Muslims in India’s Jharkhand state has announced not to offer namaj (Friday prayers) on the roads.

The Muslims in Ranchi, capital of Jharkhand state, took the decision after keeping in view the inconveniences being caused to common men by way of traffic jams on main roads owing to Friday prayers which forced the local administration to divert traffic to other routes.

“Offering prayers on the roads in incorrect is Islam. From now on, it will be done inside the mosques,” Maulana Ubaidullah of Ekra Mosque told the media on Saturday.

“The main road is an important route of the city as school buses, ambulances and important vehicles pass through it. Disturbing others in the name of offering namaz is not permitted in Islam,” Maulana was quoted as saying by news agency IANS today.

However, the move has triggered debates in the society with many now also suggesting the Hindus to show similar gesture and refrain from to encroaching upon roads for holding religious functions.

India’s nuclear doctrine in future will depend on circumstances: Rajnath Singh

Bihar lawmaker booked under terrorist act after recovery of AK-47